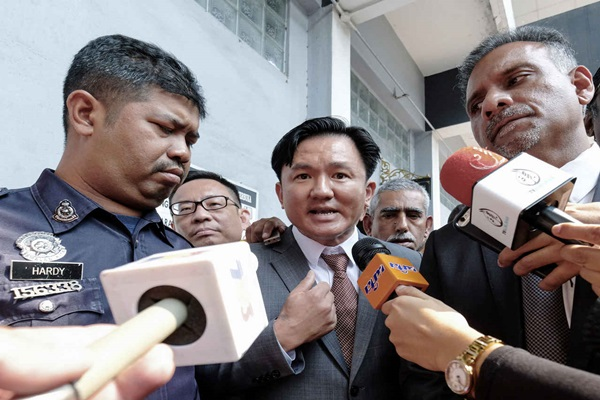 Yong speaks to the press at court. Bernama Photo

IPOH: Rape accused Paul Yong Choo Kiong said he would continue to carry out his responsibilities as Perak executive councillor despite being advised to go on leave pending the disposal of his court case.

“Why should I take leave? I did not do anything. I have not been convicted. I am still a state exco and I will serve the people who have given me the mandate,” the Housing, Local Government, Public Transport, Non-Islamic Affairs and New Villages executive council chairman told reporters when met at the courthouse.

Earlier today at the Sessions Court, Yong pleaded not guilty to raping a 23-year-old Indonesian woman, under Section 376 of the Penal Code which carries up to 20 years imprisonment and whipping upon conviction.

Previous ArticleLargest steel plant in the region to be built in Samalaju, Bintulu in collaboration with China
Next Article Number of Malaysians suffering from kidney problems to increase, NGO warns