Tuesday, September 22
You are at:Home»News»Sabah»RM109 mln for school developments returned to KL – Yusof 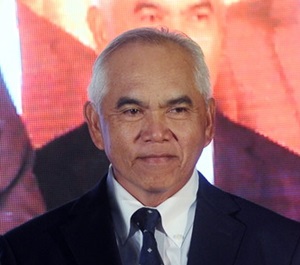 KOTA KINABALU: Some RM109 million out of the RM300 million allocation from the Federal Government under the 11th Malaysia Plan (11MP) for school developments in Sabah has been withdrawn as the projects did not progress according to schedule.

Minister of Education and Innovation Datuk Dr Yusof Yacob said the allocation was returned to the Federal Government because the projects were not implemented as scheduled due to certain factors.

“That does not mean that the projects are cancelled.

“We will re-apply for the funding.

“The Federal Government is aware of our needs. We will coordinate the developments in Sabah,” he said when accompanying Deputy Education Minister Teo Nie Ching to inspect the site for the construction of a new administration building, multi-purpose hall and auditorium at Institut Pendidikan Guru (IPG) Gaya campus here yesterday.

Yusof assured that his ministry would coordinate with the relevant departments to expedite the process.

He also stressed the need to upgrade infrastructure of the 587 dilapidated schools in Sabah.

On another note, Yusof said future education projects in Sabah would be handled by the State Public Works Department (PWD) as the implementer from this year onwards.

He said the state Ministry of Education and Innovation had reached an understanding with its federal counterpart that all construction of school developments in Sabah would be handled by the State PWD.

Yusof also urged more federal officers to visit Sabah to gain an understanding of our needs.

He said the State Government was working closely with the Federal Government, including his ministry to discuss ways to solve issues in Sabah, especially in terms of education.

Yusof said he had good relations with Education Minister Dr Maszlee Malik and his deputy Teo.

“We often sit down and have fruitful discussions.”

He also said the coordination between the State and Federal Governments had improved.

“During Barisan Nasional’s (BN) governance in the past, what we want, they don’t give. What they give, we don’t want.

“That’s why we end up with school in the jungle, or schools with a few students,” he said.

In response, Teo confirmed that there were issues whereby some projects did not progress as scheduled even though the allocation was available.

“We have to report to the Ministry of Finance on the projects in every financial year.

“But I believe if the projects are moving forward, we will be able to get the allocation back from the Ministry of Finance to ensure the developments are implemented.”