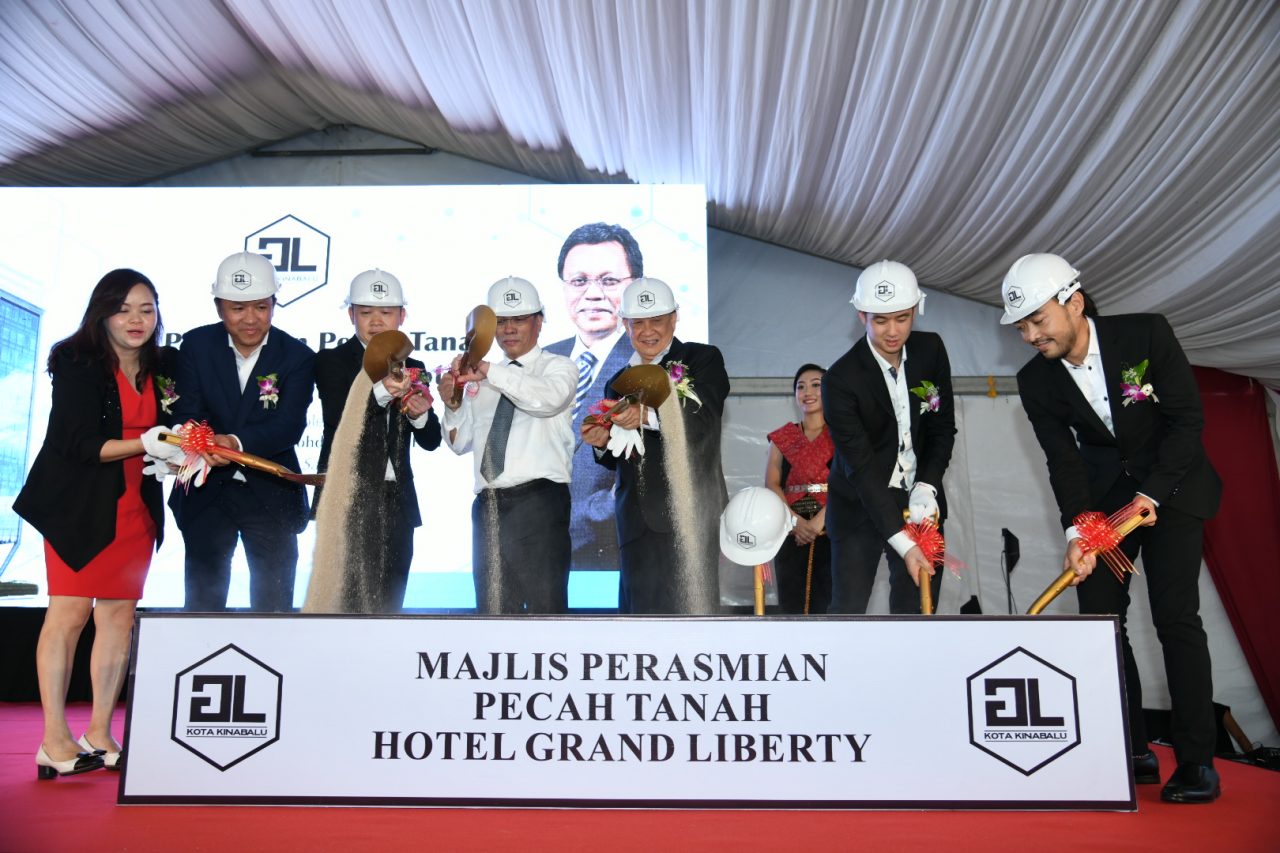 Shafie (fourth from left) and other guests performing the ground-breaking ceremony of the Grand Liberty Hotel.

KOTA KINABALU: Reformulate the tourism returns from solely being based on Tourism Tax by including a wider range of sectors related to the industry, suggested Chief Minister Datuk Seri Mohd Shafie Apdal.

He said in 2018, RM12 million Sabah’s Tourism Tax (TTx) return, out of some RM24 million revenue from TTx or tax per night stay on foreign tourists, was only a small chunk of the total tourism revenue made in the state.

In 2018, Sabah received a historical 3.879 million of tourist arrivals that produced a whopping RM8.342 billion in tourism receipts.

“When I look at the formula, it is quite inaccurate. I have voiced it for it to be revised because the revenue from tourism is only based on a formula for taxes on rooms only. It’s only one sector but, of course, revenue from tourism is a lot,” he said during a press conference held after the Grand Liberty Hotel ground-breaking ceremony here yesterday.

He said besides the hotels, among the other sectors that generated tourism-related revenue like food and beverage, immigration and property.

“There is a lot of income because we believe the revenue from the tourism sector reached billions of ringgit (in Sabah). It is the third biggest earning for the country,” stressed Shafie.

The Chief Minister said the matter was part and parcel of the Malaysia Agreement 1963 (MA63) talks between the Sabah and Federal governments.

Shafie said the direct discussions with Prime Minister Tun Dr Mahathir Mohamad on oil and gas royalty for the state are ongoing.

He said the most recent meet was held on August 21 with the Prime Minister.