Saturday, May 15
You are at:Home»News»Australia urges ‘sovereignty’ as S. China Sea tensions rise 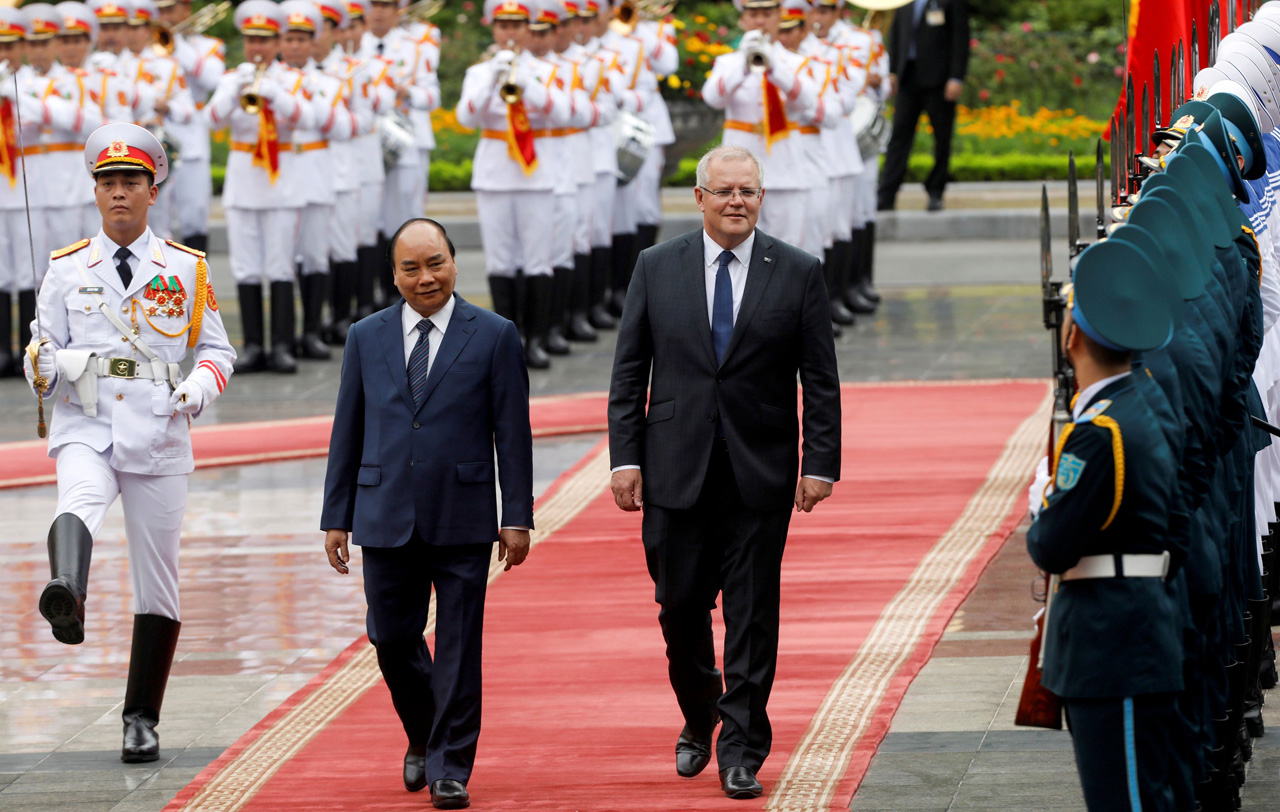 Morrison (right) reviews the guard of honour with Nguyen during a welcoming ceremony in Hanoi, Vietnam. — Reuters photo

HANOI: Australia’s prime minister yesterday urged nations in Asia to stand up for their ‘independence and sovereignty’, with tensions high in the disputed South China Sea where Beijing is under fire for increasingly bullish behaviour.

Scott Morrison’s comments came after the US slammed China for its ‘escalation’ in the waterway, a key global shipping route where Beijing is accused of deploying warships, arming outposts and ramming fishing vessels.

Morrison was speaking during a trip to Vietnam, one of China’s most vocal critics over competing claims in the resource-rich sea. 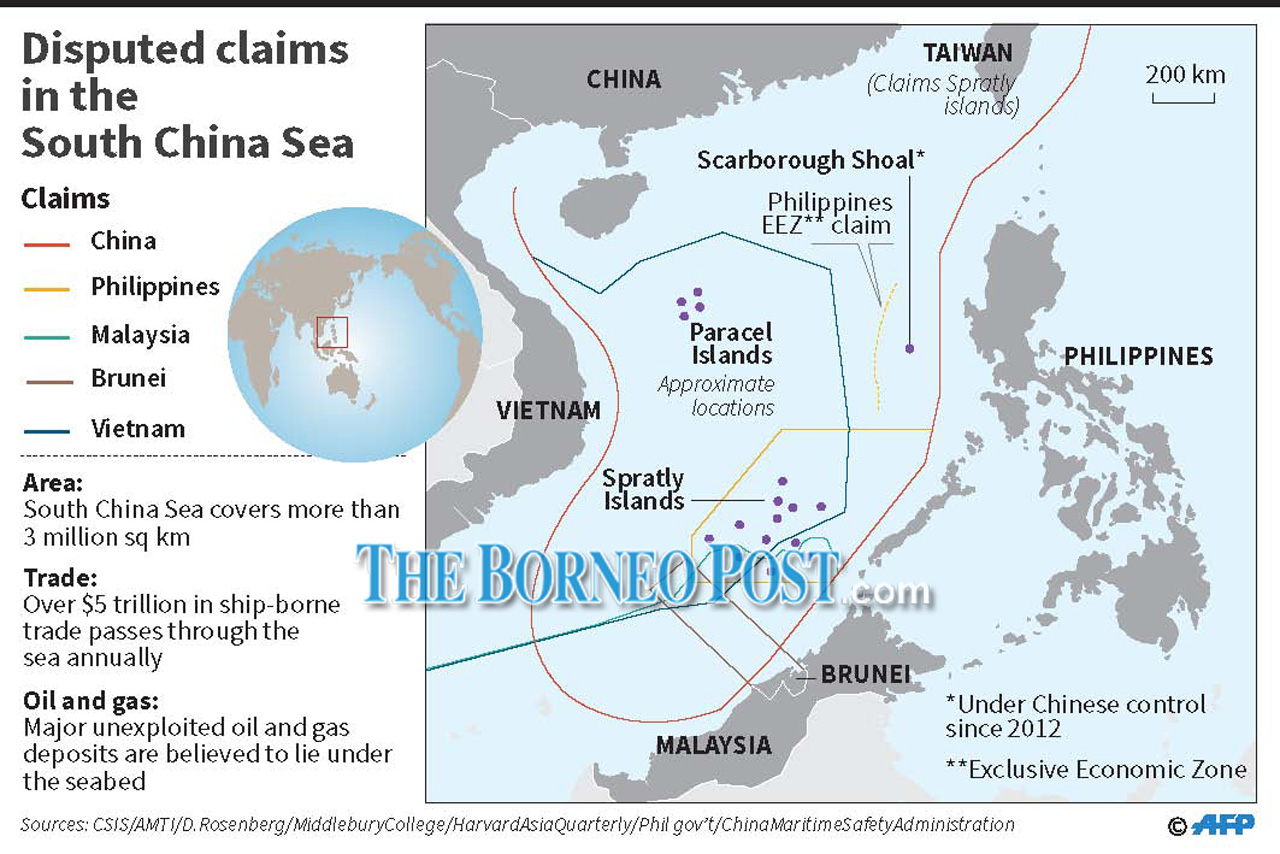 A Chinese survey ship has antagonised Hanoi since early July, sailing though waters near the Spratly Islands where Vietnam has several oil and gas projects.

The ship left for a brief period this month and then came back — prompting irate calls from Hanoi to vacate the area it says falls within its Exclusive Economic Zone.

“It is about ensuring that each and every nation in the region can have confidence in its own independence and sovereignty,” he told reporters on his three-day trip.

Earlier, Morrison had affirmed the Pacific region as one ‘of sovereign interdependent states, resistant to coercion’, in comments seen as aimed at China.

Vietnam’s Prime Minister Nguyen Xuan Phuc said he was ‘deeply concerned of recent complicated developments’ in the South China Sea, urging neighbours not to use force.

Morrison’s conservative government has cosied up to Washington amid Beijing’s increasing influence in Asia, where it has been accused by the US of ‘bullying’ fellow claimants in the South China Sea.

Beijing claims the majority of the sea, often invoking its so-called nine-dash line to justify its alleged historic rights, also contested by Malaysia, the Philippines, Taiwan and Brunei.

The US on Thursday said China’s deployment of the survey ship in waters claimed by Vietnam was “an escalation by Beijing in its efforts to intimidate other claimants out of developing resources” in the sea.— AFP

Previous ArticleDCM: 200m more to connect Kanowit and Song by road
Next Article Stop all actions which can jeopardise public order – IGP