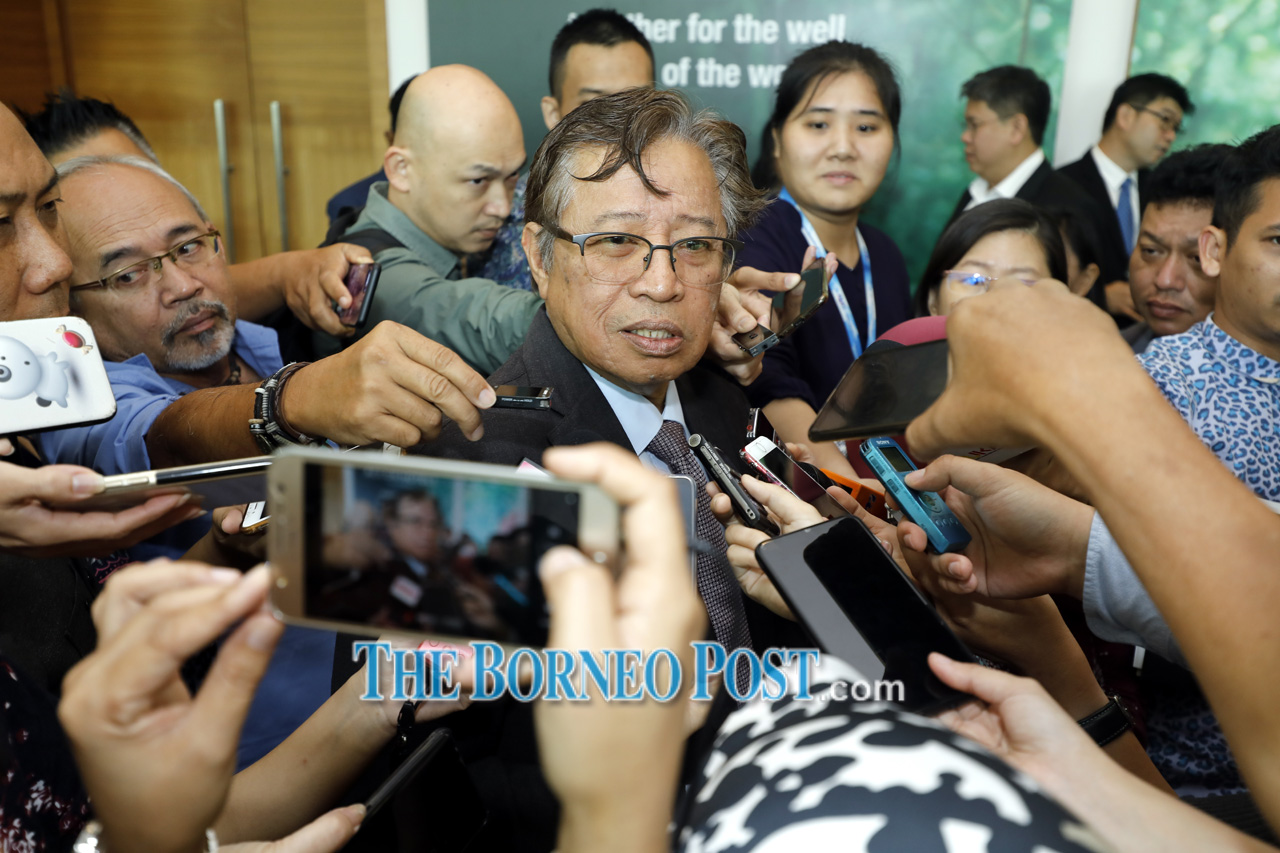 Abang Johari speaks to journalists. – Photo by Chimon Upon

Chief Minister Datuk Patinggi Abang Johari Tun Openg confirmed this yesterday but kept mum on which component party Dr Jerip had signed up for to be accepted into GPS’ fold.

When met by journalists after launching a trade forum and business matching event yesterday, Abang Johari, who is GPS chairman, said, “Oh, he (Dr Jerip) is still in GPS. He has resigned from PSB.”

He had been asked why Dr Jerip, who had quit PSB and is presently party-less, remained in the Sarawak cabinet.

When asked which GPS component party Dr Jerip had applied to join, he replied, ‘I don’t have to tell you’.

When pressed whether Dr Jerip’s application had been accepted, he responded, ‘I’ll let you know-lah’.

The reshuffle followed the recent resignation of Dato Sri Wong Soon Koh as Minister of International Trade and E-Commerce and Second Finance Minister.

Wong was the Second Finance Minister for 15 years and appointed as the Minister of International Trade and E-Commerce in May 2017.