Friday, January 21
You are at:Home»News»Nation»Major mess at KLIA: never again 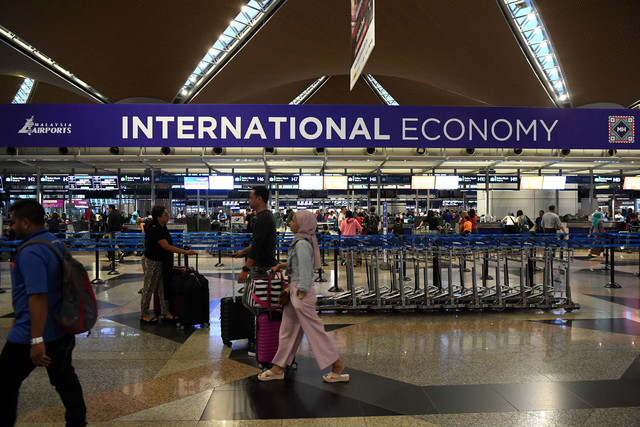 The disruption to the TAMS almost halted operations in the country’s main gateway, the first major failure since its inception in June 1998. Bernama Photo

KUALA LUMPUR: The situation at Kuala Lumpur International Airport (KLIA) appears to be improving in the wake of the multiple systems and applications failure after Malaysia Airports Holdings Bhd (MAHB) replaced its network equipment.

But the problem is far from over as the equipment is still being tested and monitored for stability, and when an integrated system like the Total Airport Management System (TAMS) fails, it will take time for it to be calibrated and to begin operating in a normal state again.

The disruption to the TAMS almost halted operations in the country’s main gateway, the first major failure since its inception in June 1998.

It caused network failure both at the KLIA and klia2 beginning on Aug 21, and continued throughout yesterday, affecting check-in counters, flight information display system (FIDS) and baggage handling, leading to flight delays and some cancellation.

It also affected the credit card systems at retail and food and beverage stores, and created an altogether chaotic situation for both passengers and ground staff.

Although MAHB’s swift action to deploy 1,000 additional staff to assist passengers and its chief executive officer Raja Azmi Raja Nazuddin’s display of responsibility and accountability is applaudable, such a situation shouldn’t have occurred in the first place.

There could be many reasons for a multiple systems and applications failure, but in any scenario, the damage or impact of the failure can be mitigated or minded through a well-designed business continuity plan and disaster recovery process.

Apart from these, did MAHB have a capacity planning strategy in place to meet the increasing demand for its computing system, and did the network architecture take into consideration the need for continued operation in the event of equipment failure?

“The team (MAVCOM) has been on this with them (MAHB) since it started, and currently the operations are being handled manually,” he said.

When asked on the impact of the situation on Malaysian airports and measures to resolve the issue, Nungsari did not respond.

In May this year, Nungsari had told Bernama that Malaysia’s aviation industry can progress to become comparable to either Singapore or Dubai, but it is hampered by the single airport operator system that makes it lose out in terms of attracting more airlines.

“However, the current single operator system means that there is no competition, making the sector lull and unattractive.

“Malaysian airports, especially our gateway hubs, do not operate 24 hours a day, which may be a reflection of the fact that airlines don’t find them attractive. This, in turn, implies that competition may be an issue.”

MAHB received approval for a 35-year extension on operating agreements until Feb 11, 2069.

The government is the asset owner of almost all commercial airports in the country and is the beneficial owner of the land title, and following the operating agreement extension, MAHB will continue to serve as operator of 39 airports nationwide until 2069.

On the first day of the glitch at the airports, AirAsia Group chief executive officer Tan Sri Tony Fernandes lamented on his social media account that AirAsia staff would be deployed to manage the situation, though he stated that it is not the responsibility of the low-cost carrier.

The Edge on Friday quoted him as saying: “While it is clear I am not a huge fan of MAHB, this is not something we intend to capitalise on. All companies have issues, including AirAsia, and we should work together to make sure the guests are not badly affected.”

Fernandes also said that in line with improving tourism, we really need to improve the country’s airport infrastructure. – Bernama