Saturday, September 19
You are at:Home»News»Nation»Stop all actions which can jeopardise public order – IGP 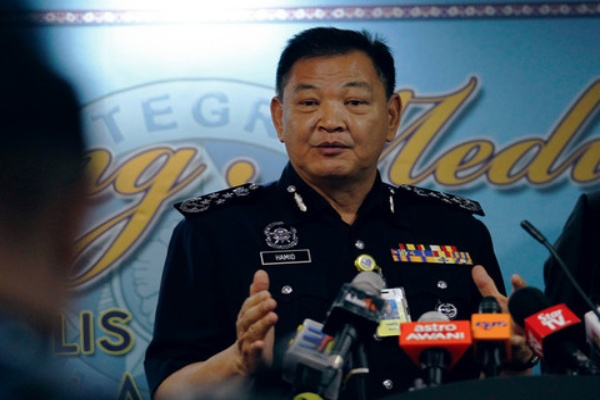 KUALA LUMPUR: Police have warned all quarters to stop raising sensitive issues and to immediately cease all forms of action that can aggravate the situation, including planned peaceful assemblies.

Inspector-General of Police Datuk Seri Abdul Hamid Bador, in issuing the warning, said police would take action as provided for by the law against the organisers and participants of assemblies that can jeopardise public order and national security.

“As part of a multi-racial and multi-religious society, we must have mutual respect and tolerance for one another,” he said in a statement here today.

He said to avoid any incidents that could undermine security and public order, the police had conducted investigations into sensitive cases which were reported, like the national flag being hung upside down, Dr Zakir Naik’s lectures and the jawi script issue.

Investigation into Zakir’s case was almost completed and the investigation papers would be submitted to the Attorney-General’s Chambers soon for further direction, he said, adding that 515 reports had been received on the issue.

He said the case was being investigated under Section 504 of the Penal Code by Bukit Aman and Zakir and several witnesses had been called up for their statements to be recorded.

“Zakir is also abiding by the police directive not to continue with his series of lectures throughout the country,” he said.

On cases of the Jalur Gemilang being placed upside down, Abdul Hamid said police had received 68 reports and opened 19 investigation papers.

He said investigations were being conducted under Section 504 of the Penal Code, Section 233 of the Communications and Multimedia Act 1998 and Section 14 of the Minor Offences Act 1995 and would be referred to the Attorney-General’s Chambers soon.

“We are still investigating the case under Section 504 of the Penal Code,” he added. – Bernama