Tuesday, July 7
You are at:Home»News»T-junction at Jalan Stakan being upgraded to ease traffic flow 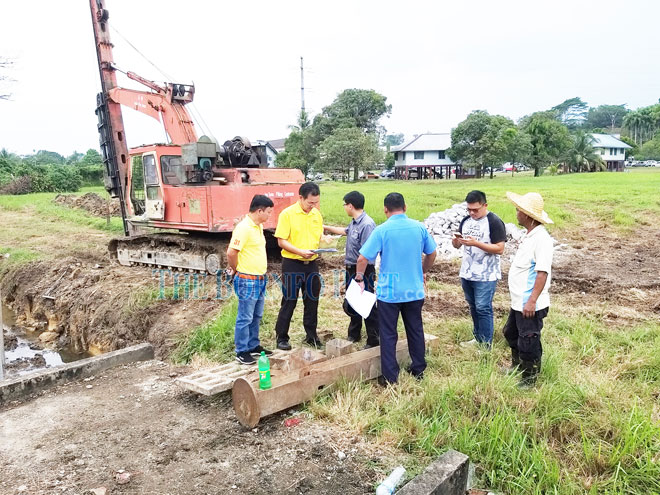 Yap (second left) with other SUPP members, MPP officers and the contractor at the work site.

KUCHING: The Sarawak government has approved the funding for the upgrading works on the T-junction of Lorong 3 of Jalan Stakan here to mitigate traffic congestion during peak hours.

According to Sarawak United People’s Party (SUPP) Public Complaints Bureau chief Wilfred Yap, the Padawan Municipal Council (MPP) is the implementing agency for the project, which has been awarded to a local contractor through open tender by the council.

The contract sum for the project is RM325,000, and the works have commenced.

The traffic congestion at the area was disclosed to Yap by the residents in and around Mile 7 as well as the business community of Kota Sentosa, during one of his regular walkabouts.

It is said that the T-junction has been used by many motorists as a by-pass to avoid the traffic jam that would strike at Kota Sentosa Commercial Centre during peak hours.

The issue was immediately brought to the attention of the Engineering Department of the MPP.

“I will continue to follow up and monitor the situation closely until the upgrading works on the T-junction at Lorong 3, Jalan Stakan have reached completion and are to the satisfaction and benefit of all the affected parties,” said Yap, who is also SUPP Kota Sentosa chairman.