Monday, January 20
You are at:Home»News»Wong out of cabinet but still in politics

KUCHING: Although Dato Sri Wong Soon Koh is no longer in the State Cabinet his involvement in Sarawak’s politics will continue through Parti Sarawak Bersatu (PSB).

The PSB president, who resigned as Minister of International Trade and E-Commerce and Second Finance Minister last month, said he has still  some way to go in politics.

At a simple farewell ceremony hosted by the Ministry of Finance yesterday, he took the opportunity to thank all departments and agencies under the ministry for their excellent service.

Wong lauded Tarmizi for his capable leadership which contributed to the sound management of state financial assets.

“Based on the Auditor General’s report, Sarawak has been given the clean bill of financial health for 17 consecutive years. Sarawak is probably the best financially managed state in the whole of Malaysia,” he said.

He congratulated the state for being able to keep the international ratings so high. 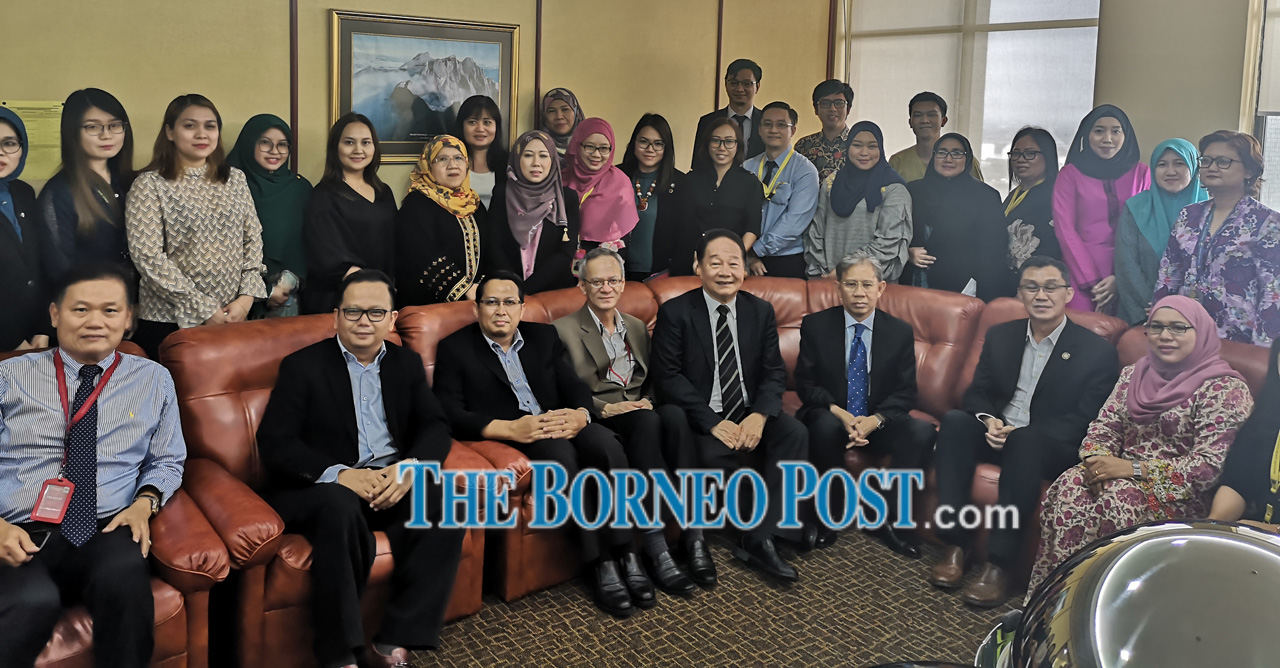 Wong (fourth right, seated) with (from third right to left, seated) Tarmizi, Junaidi and other senior officers pose during the simple farewell ceremony.

He pointed out that international ratings agencies such as Moody’s and Standard & Poor’s had repeatedly given commendable and high ratings to the state Ministry of Finance.

“Because of the prudent financial management with accountability, transparency and integrity, the state reserves have been steadily built up over the years.

“The state reserves is now up to over RM30 billion, thanks to all the good work done by the officers and the leadership of the state financial secretary,” he said.

With such a strong reserve, he said Sarawak would have the fiscal and financial flexibility to meet the needs of rainy days and be able to ride through bad times.

According to Wong, Sarawak set up its internal audit unit in 1995 to perform routine auditing in state ministries and departments.

Apart from this, he said the State Treasury Inspectorate had also been there to scrutinise the state financial management.

“We also have the Public Account Committee (PAC) which serves as a safeguard for prudent financial management for public services, to ensure that money is well spent and spent according to the needs of the state and the people,” he said.

Wong extended his deepest appreciation to all the cooperation rendered to the state ministry of finance all these years.

“I hope the same type of cooperation and support would be extended to him.”

He also congratulated Junaidi for his appointment as the next DBKU Datuk Bandar, adding: “I am confident that given his vast experience, he will be able to do well as the mayor of DBKU.”

Wong, 77, was first appointed as the second finance minister in May 2004 and Minister of International Trade and E-Commerce in May 2017.