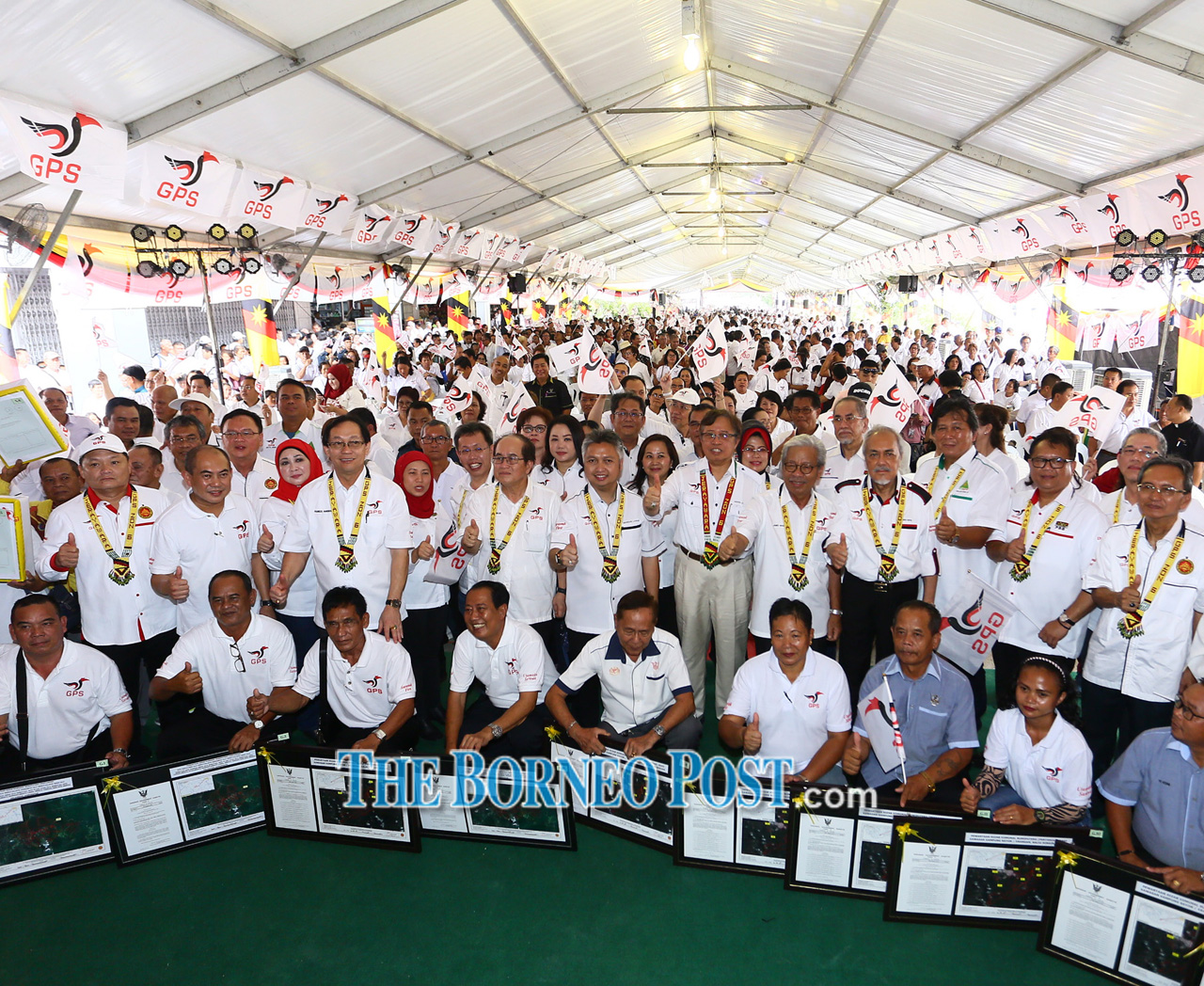 “We, at GPS, emphasise the importance on the rights of Sarawak, and matters relating to the interests of Sarawak must be prioritise,” he said in launching of the GPS Zone 6 Roadshow at Lachau town near Sri Aman yesterday.

According to Abang Johari, the GPS government aspires to bring development to Sarawak in line with the wishes and the needs of the people, especially when the previously-approved projects had been withdrawn or cancelled by the Pakatan Harapan (PH) federal government, following its victory in the last general election.

“As your chief minister, I mean what I said but of course, it would take time (to implement the projects),” he said.

Abang Johari added that the formation of a consultative committee in the Sarawak State Legislative Assembly (DUN) was a way to update Sarawakians on the progress made by the Malaysia Agreement 1963 (MA63) Steering Committee.

The chief minister said while issues related to oil and gas in Sarawak would be ‘discussed exclusively’ between himself and Prime Minister Tun Dr Mahathir Mohamad, he assured all that he would ‘consult the views of the people Sarawak first before making any decision’.

In this respect, he proposed for such project – valued at about RM500 million – to be included in the 12th Malaysia Plan (12MP).

Later, Abang Jobari announced the allocation of RM30 million meant to facilitate the preliminary studies on building these spur routes. An administrative centre would also be set up by the Sarawak government at Balai Ringin.

Meanwhile Assistant Minister of Youth and Sports Datuk Snowdan Lawan, who will head GPS Zone 6, said the coalition of Sarawak based political parties would be able chart the way towards digital economy.

“After the general election, we chose our own platform (GPS) and exited the Barisan National (BN).

“Now we have our own boat, captain and crew members to move forward,” said Snowdan, who is Balai Ringin assemblyman, at the event.

He also called upon GPS members to defend their seats under Zone 6 come the next state election.

Engkilili, however, is not represented by GPS. The assemblyman, Dr Johnichal Rayong Ngipa, won the seat in 2016 as a direct BN candidate.

“Every effort should be made to win the seat (Engkilili) for GPS,” said Snowdan.