Saturday, August 15
You are at:Home»News»Nation»Yong to go on leave to focus on rape trial 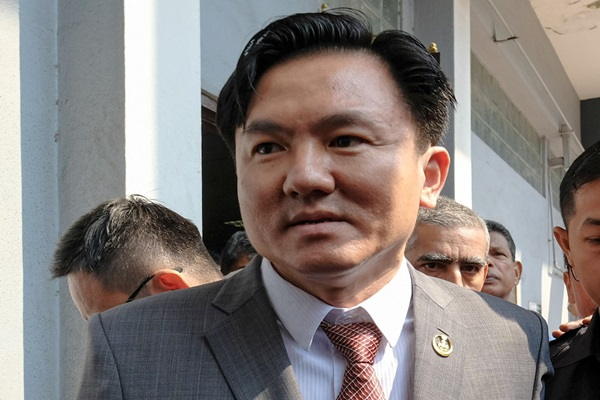 Yong during his appearance at court recently. – Bernama file photo

IPOH: Paul Yong Choo Kiong said he has decided to take leave from his duties as Perak state executive councillor to focus on his rape trial.

Yong, who is Housing, Local Government, Public Transport, Non-Islamic Affairs, and New Villages executive council chairman, said he made the decision after careful consideration to clear his name as well as establish his innocence.

In the meantime, Yong said he would continue to serve his constituents as the Tronoh Assemblyman.

“I also feel that I should put the interests of the State ahead of my personal interests, as I have always done in my career as a politician and I will communicate this decision of mine to Menteri Besar Datuk Seri Ahmad Faizal Azumu today,” Yong said in a statement here today.

According to Yong, he has instructed his lawyers to request the court to fix the earliest possible trial dates.

On Friday, Yong, 49, pleaded not guilty to raping his 23-year-old former maid on July 7 at a house in Meru, here and subsequently refused to go on leave despite being advised by the Menteri Besar to do so, insisting he had done nothing wrong. – Bernama