Friday, July 30
You are at:Home»News»Sarawak»Chan says ready to assist MBKS after stepping down 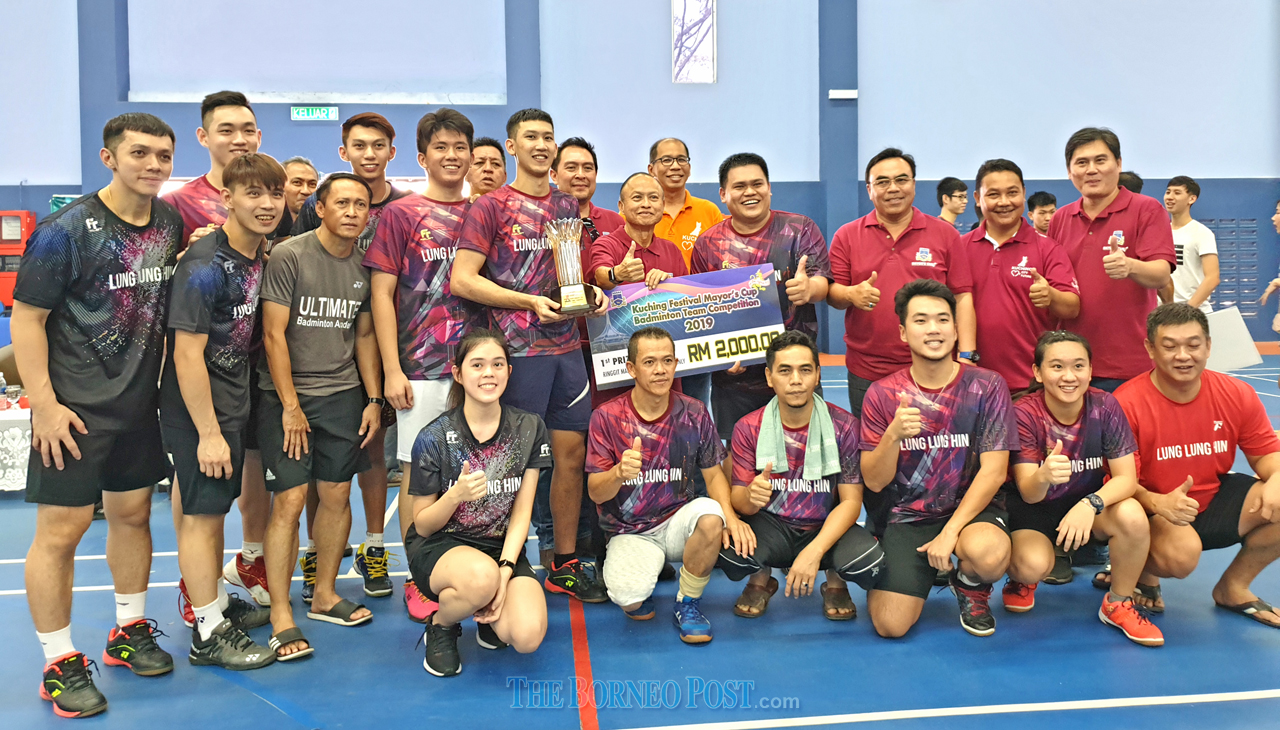 Chan (standing front, sixth left) in a photocall with Lung Lung Hin team members, councillors and others after the prize giving ceremony.

KUCHING: In expressing his gratitude to those who have assisted him in transforming Kuching, Datuk James Chan said he is ever willing to offer his assistance again when the needs arise after stepping down as Kuching South mayor.

Chan said he was heartened and grateful that his tireless efforts and hard work for the past 11 years and two months as mayor in making Kuching South a better city for the people to call it their home had been recognised by the public.

“There is always pressure to meet people’s expectations and but I thank God, Chief Minister Datuk Patinggi Abang Johari Tun Openg and cabinet ministers for giving me this opportunity for a post that I never expected and dreamt of,” said Chan.

Chan added he was ready to relinquish his role to his successor as he had accomplished whatever goals he had set out to achieve since he took charge of Kuching South City Council (MBKS) in June 1, 2008.

The second non-politician mayor to hold the post, Chan’s tenure will expire on Aug 31.

“I think it is not easy to serve as mayor but whatever it is, one must have the heart that you really want to serve the people.

“You must have the patience,” he said after officiating at ‘Mayor’s Cup’ Badminton Team Competition 2019 in conjunction with Kuching Festival at Sarawak Sports Village, Jalan Utama here yesterday.

Chan said he had no plans to stop serving the city after stepping down and the public could always approach him for any assistance or advice that he could offer.

“I am happy to leave but of course, I can still contribute from the outside if there is something I feel is not right and maybe I can communicate back to the management (of MBKS) itself,” said Chan.

Chan pointed out that MBKS is part and parcel of the state government and the public should always support the government in its policies to look after the wellbeing of Kuching City and its residents.

On former Kuching North City Commission (DBKU) commission member Dato Wee Hong Seng being appointed to succeed him as Kuching South mayor, Chan said Wee is well-versed in administrating Kuching City and he will leave it to Wee’s wisdom to manage the city.

Meanwhile, Lung Lung Hin won the badminton competition while Club Ace (A) was the first runner-up and Sarawak Energy Berhad and Team 9 were both the second runners-up.