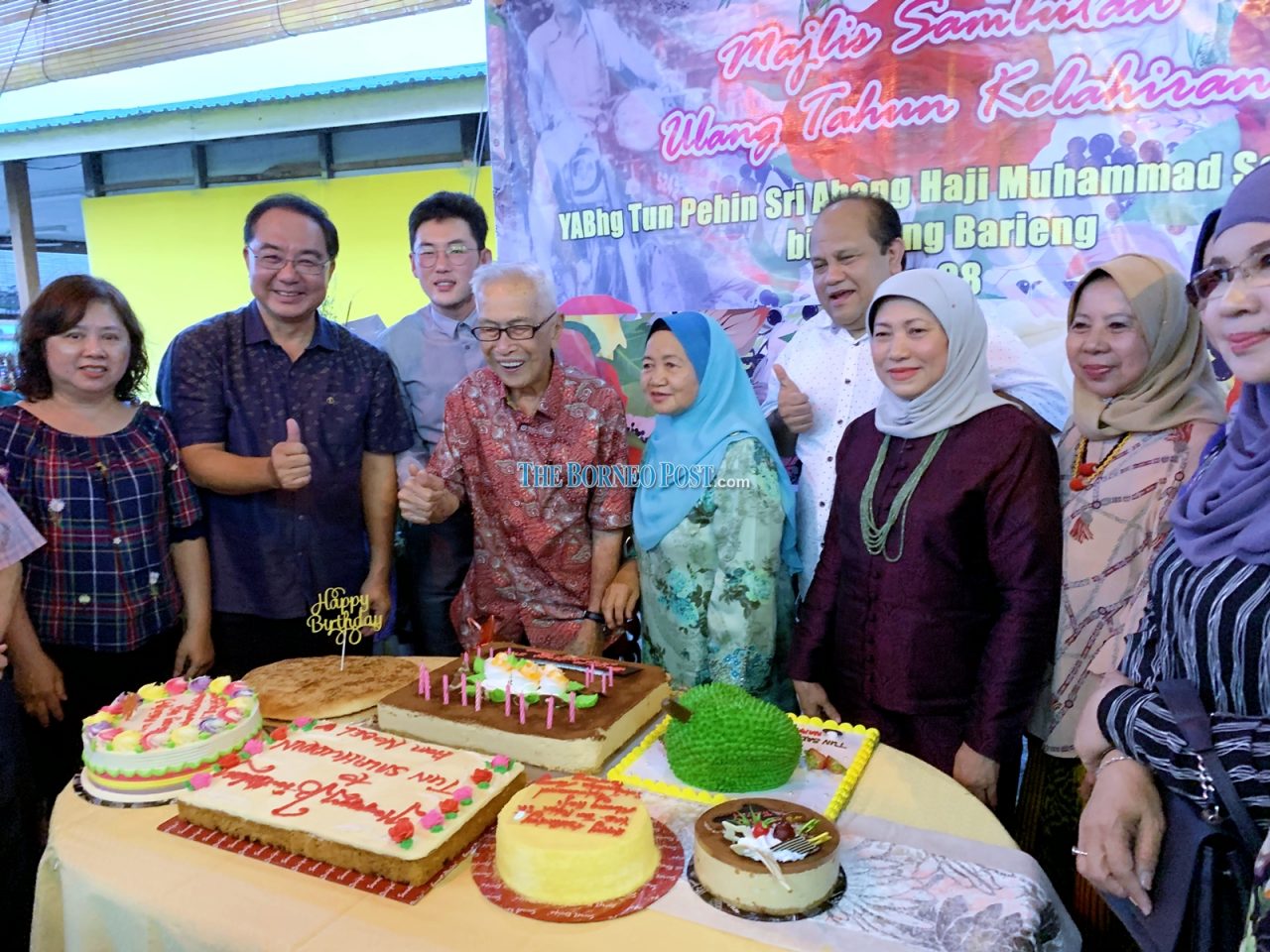 Former Head of State Abang Salahuddin flashes a thumbs-up as he celebrates his 98th birthday.

Born in 1921, Abang Salahuddin was active in state politics, forming Barisan Pemuda Sarawak (BPS) and Barisan Rakyat Jati Sarawak (BARJASA) and acted as a representative of the Melanau community to the Cobbold Commission during the years preceding the formation of Malaysia.

He was also State Public Service Commission chairman during his time in public service.