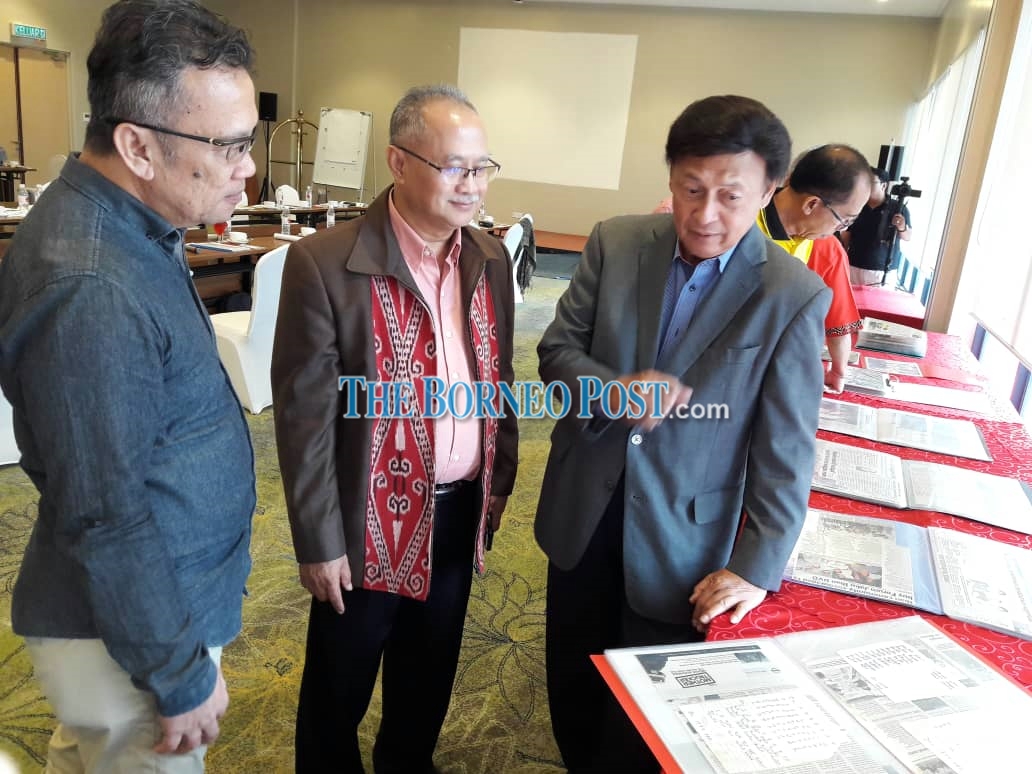 Anthony (center) showing his collection of newspaper clippings and cuttings to Mawan (right) and other SDNU SEC members at a hotel last Saturday.

KUCHING: Sarawak Dayak National Union (SDNU) senior vice president Alexander Anthony Banyan has passed away at Miri Hospital around 11.45am after he collapsed in his office today.

Anthony, an Iban, who hailed from Kampung Mangut, Machan in Kanowit, was 57.

Anthony was a senior officer of the Sarawak Forestry attached to its office in Miri.

He was a life member of SDNU since 1997 and also a member of the Sarawak Dayak Graduates Association, Kuching Kanowit Community Club and Dayak Chamber of Commerce and Industry.

He brought along a collection of newspaper clippings and cuttings related to SDNU and its activities for the SEC members to view after the meeting.

According to Cornellius, his late father will be laid to rest in Kuching after a funeral wake at his house in Batu Kawah.

He said a detailed information regarding Anthony’s funeral will be announced tomorrow,