Sunday, September 20
You are at:Home»News»Sabah»Anti-poaching unit trained and ready 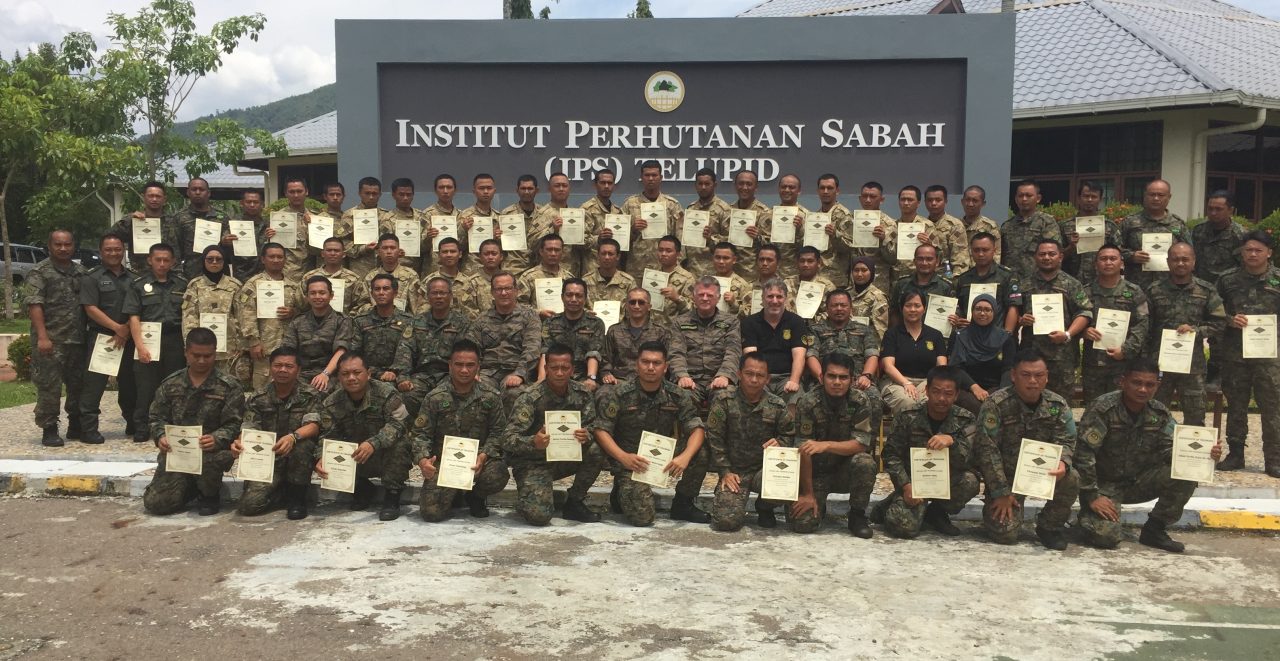 Trainees with certificates and trainers on the last day of the special unit training at IPS. – Picture courtesy of DGFC

KOTA KINABALU: Following the allocation by Sime Darby Foundation of a RM4 million grant to the Sabah Forestry Department to increase the capacity of its Protect Unit, a selection course involving 70 candidates from the public was followed by a special unit training for 30 of them.

The training was carried out at Institut Perhutanan Sabah (IPS) in Telupid.

“Early July, a two-day intensive selection course was organized in Ranau for 70 Sabahans (out of the 900) who applied for the Protect ranger positions,” said Datuk Mashor Bin Mohd Jaini, Chief Conservator of Forests.

He said the selectees were put through written, physical and mental aptitude testing, followed by an interview. That ensured that the best people for the demanding job of a Protect Unit member were selected and able to absorb the instruction and ultimately carry on the tasks assigned to the highest level.

A special unit training was then carried out for 21 days from 18th July to 8th August by Frontline Ltd, an organization based in Labuan and specialized in anti-poaching training.

Project partner Dr Benoit Goossens, Director of Danau Girang Field Centre and Professor at Cardiff University, said the idea was to train the participants to confidently and safely conduct counter-poaching patrolling in a tropical forest environment and to conduct, under supervision, basic intelligence gathering, investigations, raids and takedowns in both the forest and urban environment by foot and vehicle.

“This course was physically and mentally demanding for the 30 selected trainees and an additional four rangers from Sabah Parks and one ranger from Sabah Wildlife Department, specially selected, to enhance inter-agency cooperation,” he stressed.

Mashor added following the training in Telupid, 25 of the 30 trainees were selected to be part of the Protect Unit. They would be appointed as contract staff of Sabah Forestry Department, focus on anti-poaching and start operations on 1 September 2019.

“They will boost the enforcement capacity of the State Government to reduce the number of poaching cases in Sabah,” he said.

Goossens was present at IPS in Telupid when the trainees received their certificates and Protect badges following the special unit training, and he was very proud of these youths who will be the guardians of our forests and wildlife in Sabah.

“It makes me very happy to have played a little role in providing job opportunity for those young Sabahans and a fantastic boost to wildlife conservation in the State,” he said.