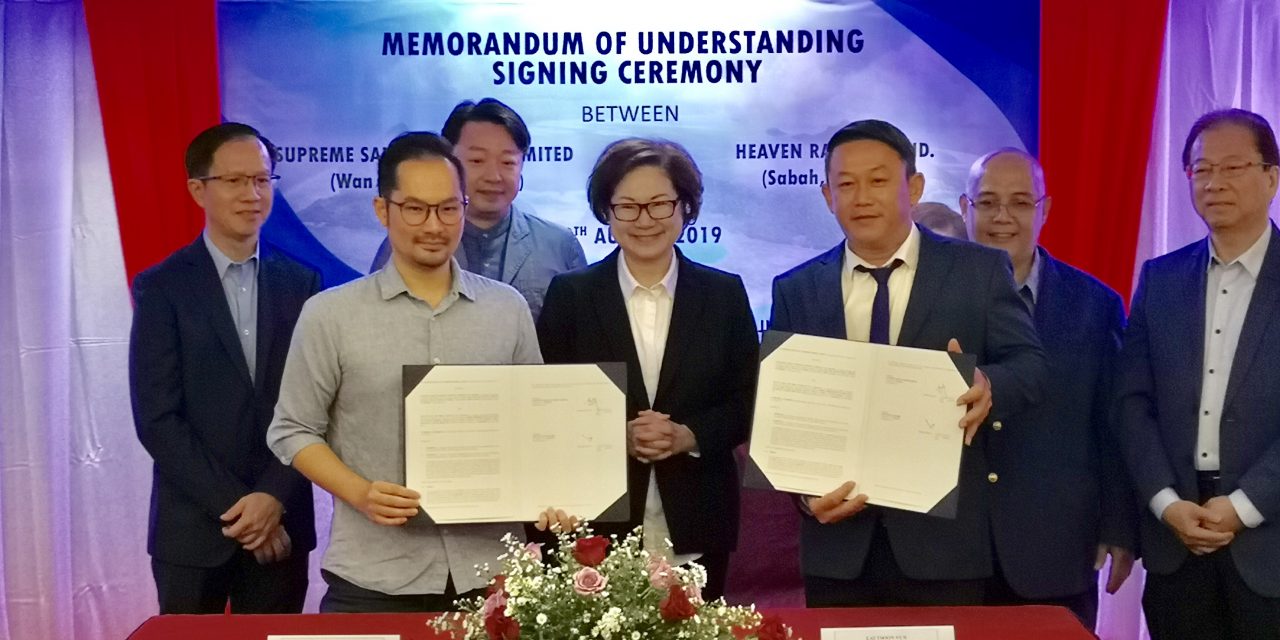 Christina (middle), flanked by Wong (left) and Lai (right), during the MoU ceremony.

KOTA KINABALU: Sabah has new tourism products that would be introduced in Semporna and here.

The cruise ship that will be sited near the islands shall have over 60 rooms and this will be able to address the shortage of hotel rooms now experienced in Semporna.

The endeavor is being made possible after the signing of Memorandum of Understanding between Supreme Sabah Tourism Limited, which is a subsidiary company of Hong Kong based Bluemount International Limited and Heaven Ray Sdn Bhd, a local Sabah company which was held at the Promenade hotel near here yesterday.

Christina lauded such endeavors, stating that the present state government welcomed foreign investors as it would benefit many people.

She said investors were welcome to invest in building hotels, conduct tour buses businesses and so on.

At the same time, Christina also said that efforts were being made to turn Tawau, which is her constituent, into a gateway for visitors visiting the east coast.

She said that Tawau has a lot to offer in terms of eco tourism.

Meanwhile, the two cruise ships are now being refurbished for their designated purpose in Sepanggar, near here.

Both ships are expected to begin operation this year.

The ship to be stationed at Semporna has four storeys and will serve as a floating luxury hotel with 68 rooms. It will have a capacity of 120 people. It will also come equipped with a restaurant.