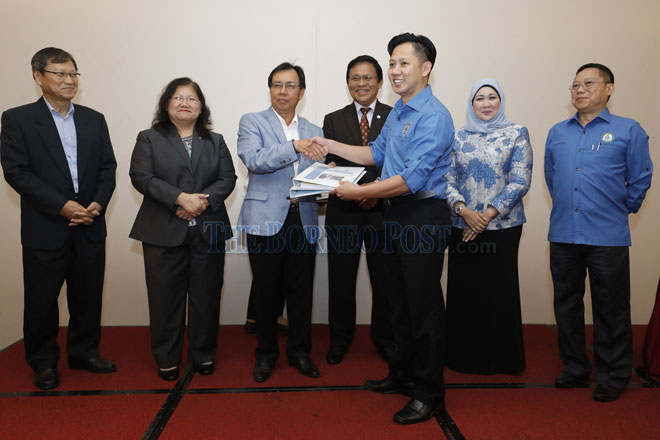 KUCHING: The Sarawak government has allocated RM2.8 billion to implement water supply projects to overcome the constant water shortage in critical areas along the coast and central region.

This was announced by Minister of Utilities Dato Sri Dr Stephen Rundi Utom when he launched the Standard Operation Procedure (SOP) of Operation and Management of the Department of Rural Water Supply (JBALB) at a hotel here yesterday.

Dr Rundi disclosed that out of the total allocation RM2.2 billion has been tendered out for water supply projects to be implemented this year and next year.

“A total of 346 projects have been approved and tendered out, while another 50 are still in the planning process and yet to be tendered out.”

The minister assured that the Sarawak has engaged a qualified consultant to plan and oversee these projects which will ensure all the projects are implemented by 2020,’ he said.

Earlier in his speech at the launching of the JBALB Operation and Management SOP Dr Rundi said the time has come for JBALB to establish its SOP for its operation and management to ensure that all its projects would be implemented efficiently and transparently.

He noted that the department which was set up three years ago is very committed in achieving 100 per cent clean water supply throughout the state.

JBALB director Chang Kuet Shiah who spoke earlier said the launching of the SOP of the operation and project management marked a new chapter for the department in its quest for excellence.