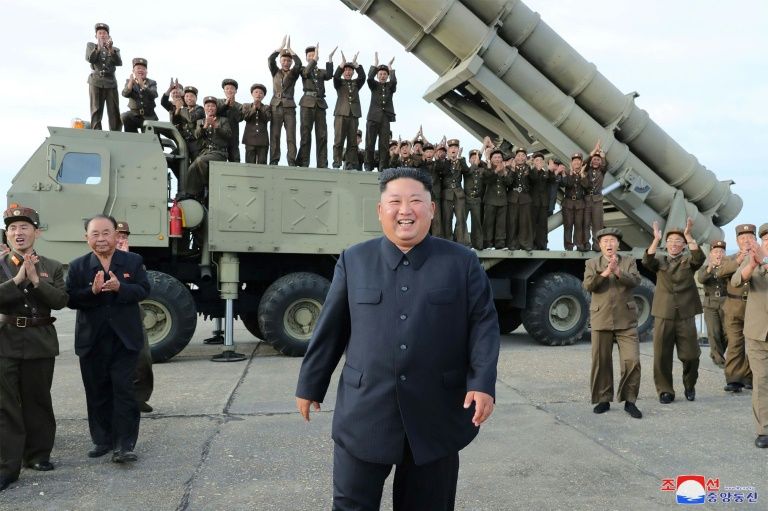 Kim was under 30 when he inherited power in late 2011 on the death of his father Kim Jong Il, but has since firmly established his authority, ruling the country with an iron fist, overseeing four of its six nuclear tests and executing his uncle for treason.

Kim is officially chairman of the ruling Workers’ Party and chairman of the State Affairs Commission (SAC), the top government body, although his late grandfather remains the country’s Eternal President despite dying in 1994.

The new clause declares the SAC chairman the “supreme leader of the Party, state, and armed forces of the DPRK in accordance with the unanimous will and desire of all the Korean people, both in name and reality”, Choe was quoted as saying by the official Korean Central News Agency.

DPRK are the initials for North Korea’s official name.

As the SAC chairman, Kim was authorised to issue decrees and appoint or recall diplomatic envoys.

His status “has been further consolidated to firmly ensure the monolithic guidance of the Supreme Leader over all the state affairs”, Choe added.

The KCNA dispatch used the adjective “monolithic” five times to describe Kim’s leadership, although he was not present for the session.

“Under the new constitution, Kim’s mission and authority as chairman of the State Affairs Commission have approached closer to that of Kim Il Sung when he was president,” he told AFP.

His newly stated diplomatic authority “reflects his will to lead diplomatic affairs and widen his role in it, which could increase the burden on North Korean diplomats overseas to show achievements”, he added.

The power consolidation comes with nuclear talks between Pyongyang and Washington gridlocked after a second summit between Kim and US President Donald Trump in Hanoi in February collapsed without a deal and exposed disagreements between the two sides.

The two leaders agreed to kick-start working-level talks at an impromptu meeting in the Demilitarized Zone in June, but that dialogue has yet to start.

Pyongyang has expressed fury at joint US-South Korea military exercises, and carried out a series of weapons launches. – AFP