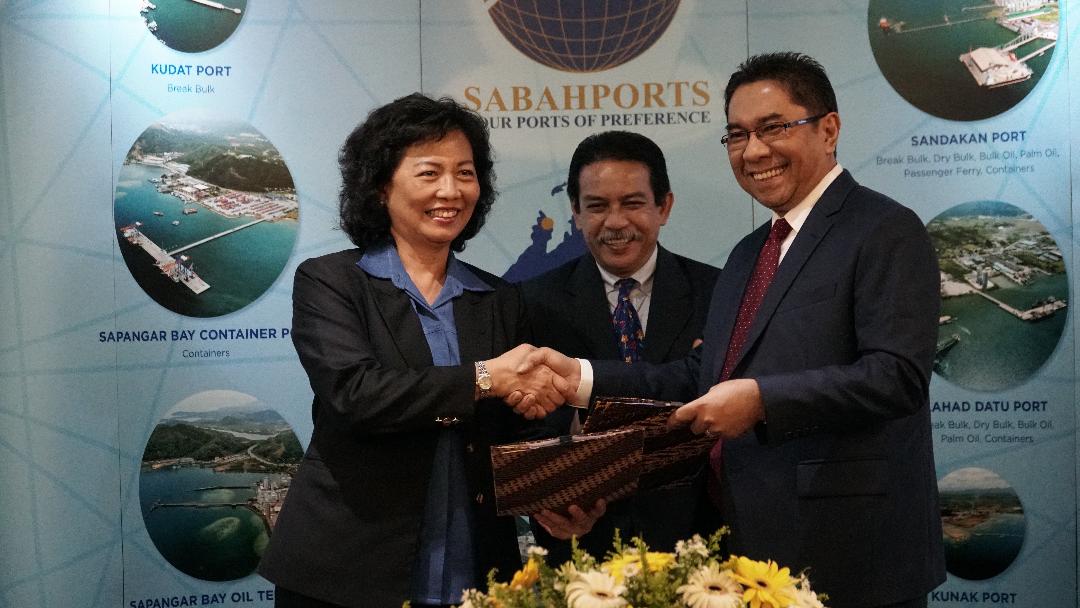 Ng (left) and Elvyn exchanging the MoU while Krishna looks on.

The MoU entered into signifies a strong commitment by both parties to mutually explore investment and business potentials as well as build capacity and skills for the purpose of increasing port efficiency.

Indonesia’s primary international trade gateway, Port of Tanjong Priok, Jakarta, which is considered one of the busiest and advanced Indonesian seaports, is among the ports managed under IPC.

“We are also keen to align our ports towards digital transformation, an area which IPC has much experience and expertise to share,” she said.

IPC has long pursued digital transformation as part of its ambition to be a world class trade facilitator. This includes integrating its ports under a digital platform and diversifying logistical services through online methods.

IPC is a state-owned enterprise whose shares are 100% owned by the Republic of Indonesia government through the Ministry of State-Owned Enterprises. It specialises in port and logistics services and lists Ship Service and Goods Service among its main products.

In 2018, IPC handled close to 62 million tonnes, contributed in part by the 7.6 million Twenty Equivalent Units (TEUs) containers handled at its ports. This places IPC among the world’s top 30 ports with the highest container throughput. Malaysia’s Port Klang also made the list with a total handling of 12.3 million TEUS in 2018.

President director of IPC Group, Elvyn G. Masassya, said: “Indonesia has big ambitions to become a global maritime axis. The importance of the MoU is to increase the logistic trade as well as look for various business opportunities and cooperation among countries and especially a bilateral commitment between Indonesia and Malaysia.”

He further relayed his appreciation to the government of Indonesia, represented by the Consul General of the Consulate General of Republic of Indonesia Kota Kinabalu, Krishna Djelani, for the continuous support in the bilateral cooperation which will promote sustainability of trading exchanges between the two nations.

The MoU was signed by Ng and Elvyn, with Krishna as witness.