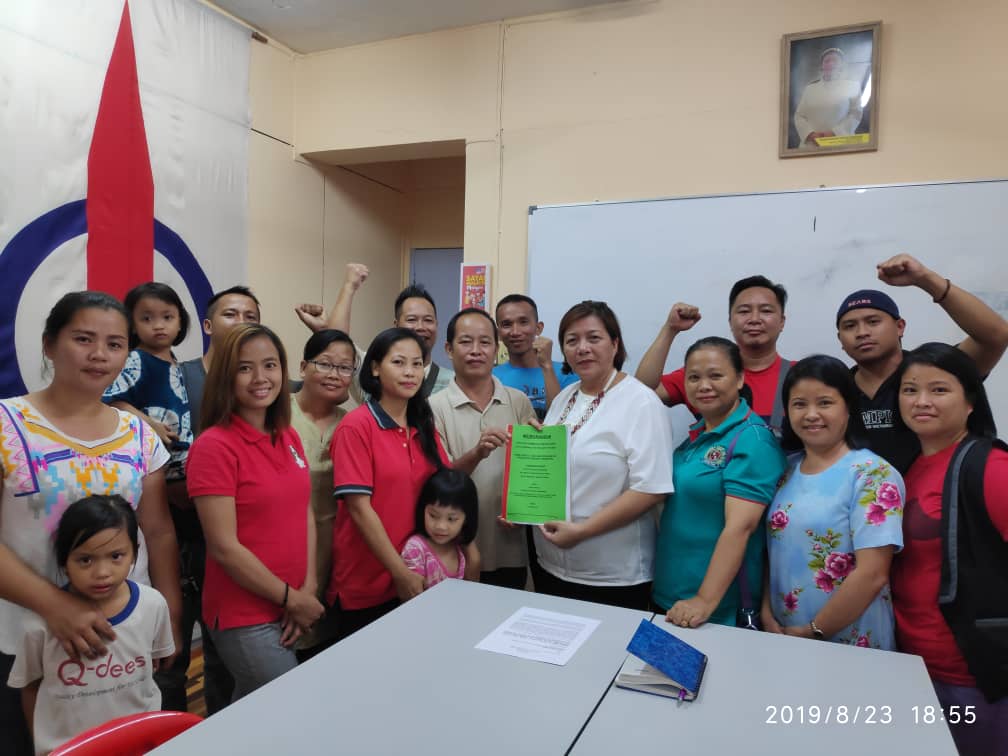 Handing over the memorandum to Jannie, witnessed by Diana (corner right) and representatives from various kampungs.

KOTA KINABALU: The Taskforce against Kaiduan Dam (Takad) has handed over a memorandum to Assistant Minister of Law and Native Affairs, Jannie Lasimbang, at the DAP Service Centre in Penampang.

The memorandum calls for the proposed dam in Papar, an alternative to a similar project in Kaiduan, to be scrapped as well.

The memorandum handover, handled by Diana Sipail from Takad, was witnessed by about 15 people. They included village heads (KK) and Village Community Management Councils (MPKK).

Briefly, the memorandum proposed several alternatives in its seven pages.

One proposal, signed by 332 people from the affected community, called for decentralised reservoirs in every district.

Elsewhere, the memorandum cited a recent slide presentation by Universiti Malaysia Sabah (UMS) geologist Professor Dr Felix Tongkul to the Chief Minister. The proposed dam in Papar was not the best solution for the future supply of water in the west coast, cautioned Dr Felix.

Jannie, who is also DAP Kapayan Assemblywoman, was last quoted as saying in the media that the building of the Papar Dam should be reviewed as it affects native communities living at the proposed site, and urged the state government to consider other alternatives.