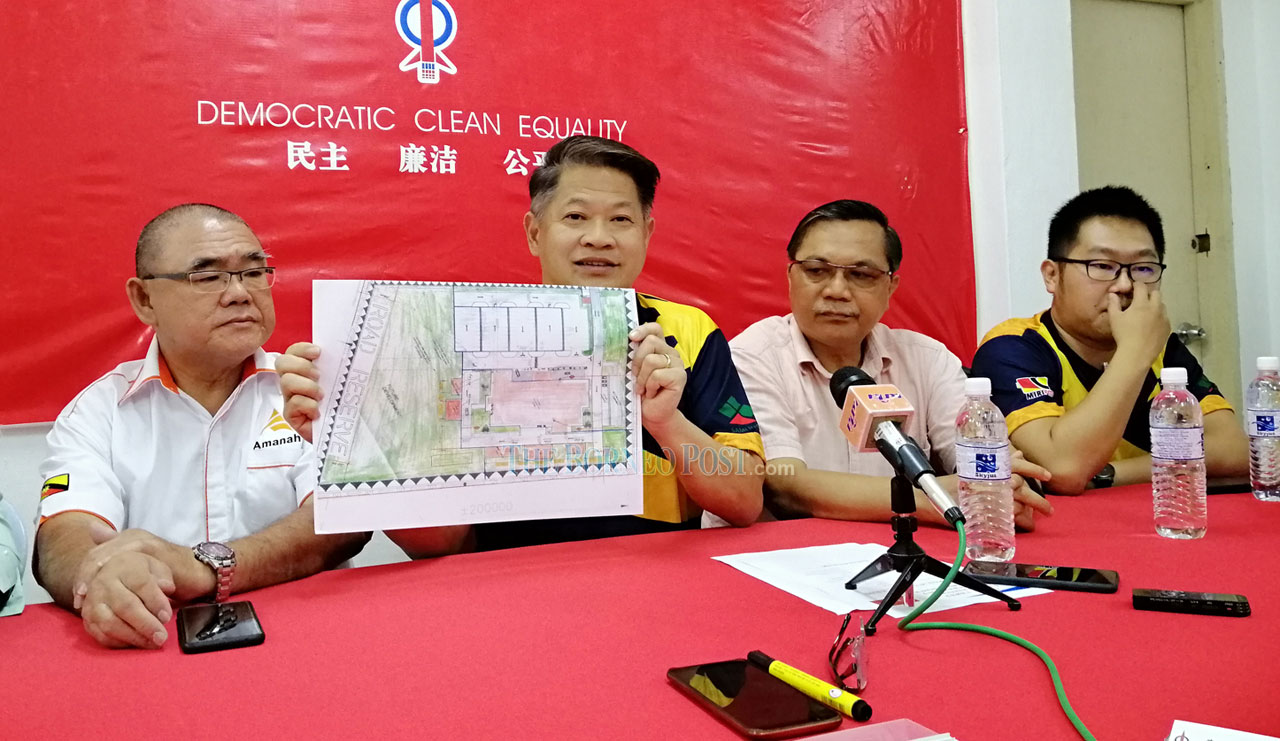 Ting (second left) shows the floor plan of the new polyclinic while others look on.

MIRI: People here can expect better public healthcare facilities in the next two to three years when a new polyclinic and a new hospital are completed.

“The project has been awarded to a contractor who bid at 25 per cent lower than the initial budgeted price.

“This means the federal government is saving nearly RM9 million with the tendered price of RM26.3 million from the original budgeted price of RM35 million,” he told a press conference here yesterday.

The new polyclinic to be sited near the existing Miri Hospital will be a two-storey building with ample parking spaces.

On the new hospital, he said the project had been re-tendered, and is about 15 per cent lower than the budgeted price.

The project was previously tendered out but was cancelled due to the price issue.

“Politicians from the other side have been telling the people that the federal government had stopped the project.

“However, this is not the case. The previous tender price was much higher than the budgeted price of RM340 million, and had to be called off.

“The new price is said to be nearly RM50 million cheaper, and if my calculation is correct, the money can be used to build two more polyclinics for the people,” he said, adding that the details of the new hospital would be announced in the next two to three months.