Saturday, August 13
You are at:Home»News»Abdul Karim echoes Kitingan’s call for return of departure levy to Sabah, Sarawak, ups the ante to 50 per cent 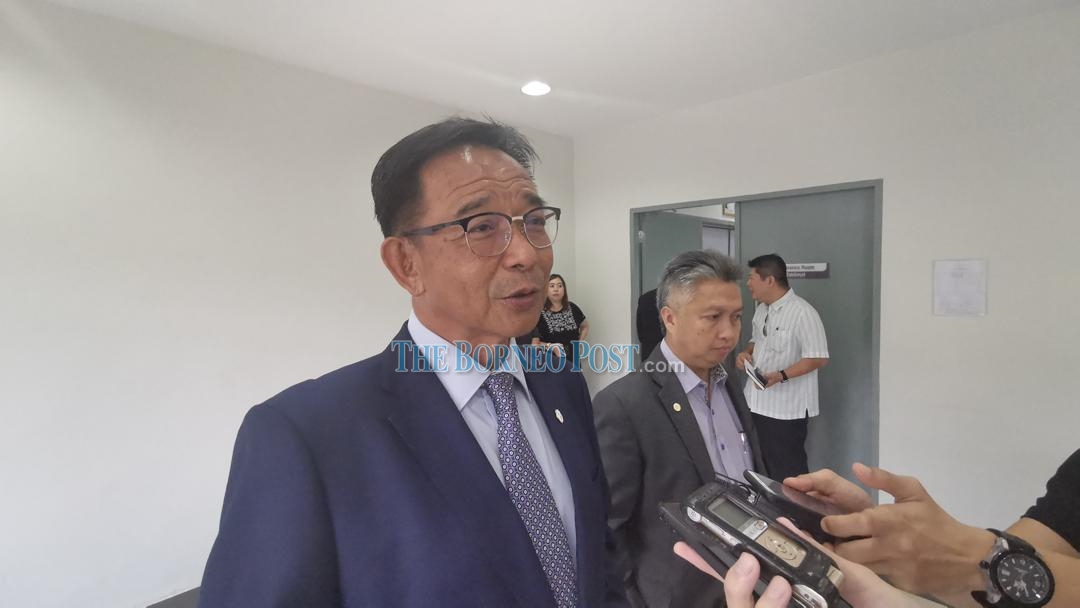 Abdul Karim speaking to the media after the press conference.

In a report published on Free Malaysia Today yesterday, Jeffrey had challenged Sabahan ministers and deputy ministers in the federal cabinet to help Sabah reclaim at least 40 per cent of the tax collected from the departure levy which came into effect Sept 1, but Abdul Karim opined that at least 50 per cent should be given back.

He also opined that state ministers and deputy ministers in the federal Cabinet should be fighting harder for the refund.

“We have people like the Deputy Minister of Domestic Trade and Consumer Affairs Chong Chieng Jen in the Cabinet, and he has uttered in the Dewan Rakyat and Dewan Undangan Negeri before the last general election about the 50 per cent tourism tax to be returned to the state.

“He should be fighting for this as the (deputy) minister looking after domestic trade and telling Finance Minister Lim Guan Eng about this 50 per cent,” he added.

From Sept 1 onward, anyone leaving Malaysia for countries in the ASEAN region will be charged RM8 for flights in economy class and RM50 for other classes.

For flights to countries outside the region, those travelling in economy class will be charged RM20, while those in other classes will have to fork out RM150.

This levy will be charged on top of a passenger service charge or airport tax, which is RM35 for flights to ASEAN regions and RM73 for non-ASEAN region flights.