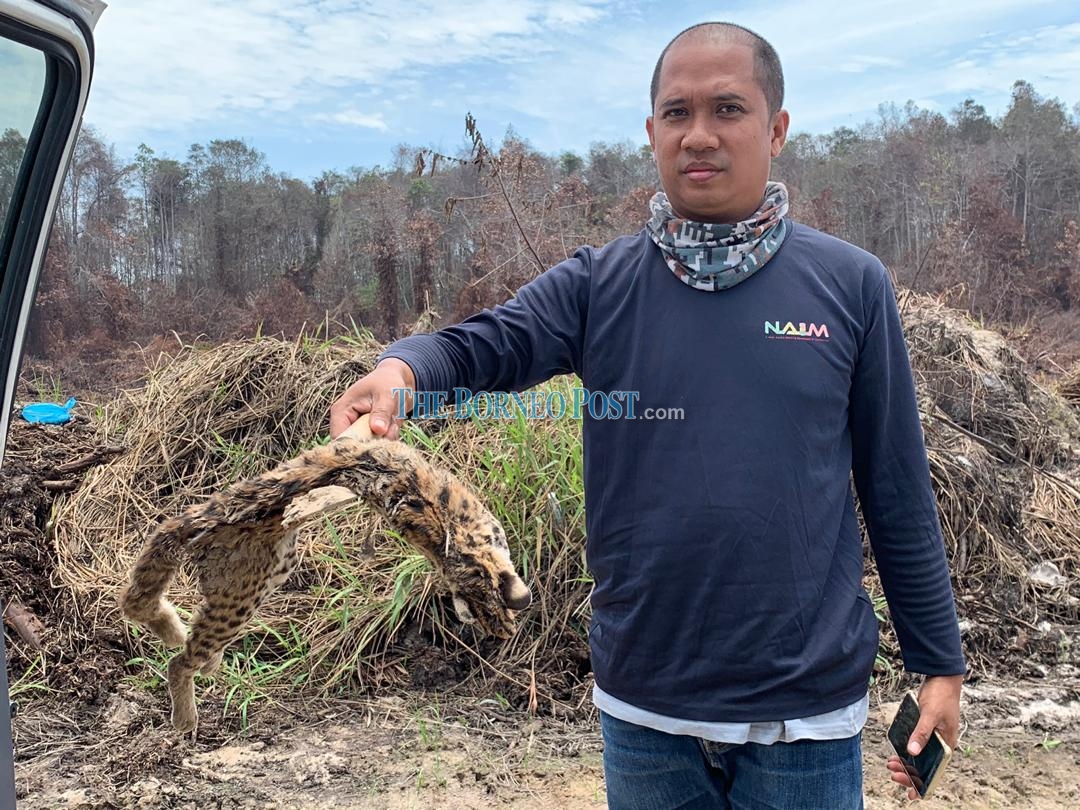 A Naim ERT volunteer holds up the carcass of the wild animal, believed to be a juvenile leopard cat.

MIRI: Forest and peat soil fires that have ravaged Kuala Baram district for the past month have left many animals, both protected and endangered species, homeless and some even dead, including a juvenile leopard cat.

According to Miri Fire and Rescue Department (Bomba) chief Law Poh Kiong, the leopard cat was discovered this morning (Sept 3) and the Sarawak Forestry Corporation (SFC) has already been alerted about the matter.

“The feedback I got from SFC is that the dead animal could possibly be a baby leopard cat,” Law said, adding it was a pity to see the toll the fires have exacted on the area’s flora and fauna.

The ongoing operation carried out by Naim Cendera Sdn Bhd Emergency Rescue Team (ERT) and Miri Bomba around the Industrial Training Institute (ILP) and Hamidah Orphanage area until 11am today to clear the areas of smog has been completed, and the team has moved on to other locations that are still producing pockets of smog.

The forest and peat soil fires have thus far affected 614 hectares of land and the ban on open burning is still effective until October.

Those who have information related to any open burning, particularly swamp peat fires, are urged to contact the Natural Resources and Environment Board (NREB) and Bomba immediately.