Sunday, July 12
You are at:Home»News»DAP man highlights plight of poor villager in Siburan 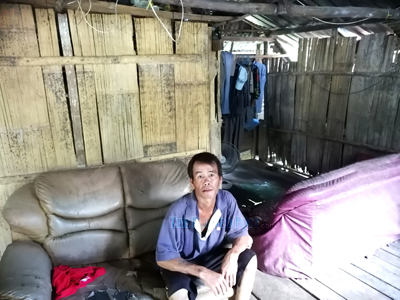 Junaydy in the sitting room of his house.

KUCHING: A poverty-stricken man in Kampung Beradau in Siburan badly needs help to replace his dilapidated house, which he has lived in for decades.

When met by Sanjan Daik, political secretary to Stampin MP Chong Chieng Jen, on Sunday, Junaydy Nangut, 43, said living in poverty was nothing new to him as he and his family had been living hand to mouth by relying on a meagre income from planting vegetables and selling jungle produce.

His wife and four children are away staying with a relative in Serian, as the house is no longer fit for the whole family.

“Electricity and water supplies to my house are connected from my neighbour’s, free of charge as we can’t afford to pay for it,” he revealed.

The family’s plight was brought to Sanjan’s attention by the Democratic Action Party (DAP) Unit chief for Kampung Seratau, Lickle Tais, who brought him to Kampung Beradau to meet the family.

The newly appointed Kampung Beradau headman Davinson Davies, when met by Sanjan at his residence, confirmed that the family would fit the ‘hardcore poor’ category.

“Yes, the family is really very poor and they are not under any welfare assistance. I will try to find ways to help the family. Maybe, I will help them apply for a house under the ‘Program Perumahan Rakyat Termiskin (PPRT), or apply for some funds from our local YB (elected representatives) and build one on a ‘gotong-royong’ (work party) basis,” he said. 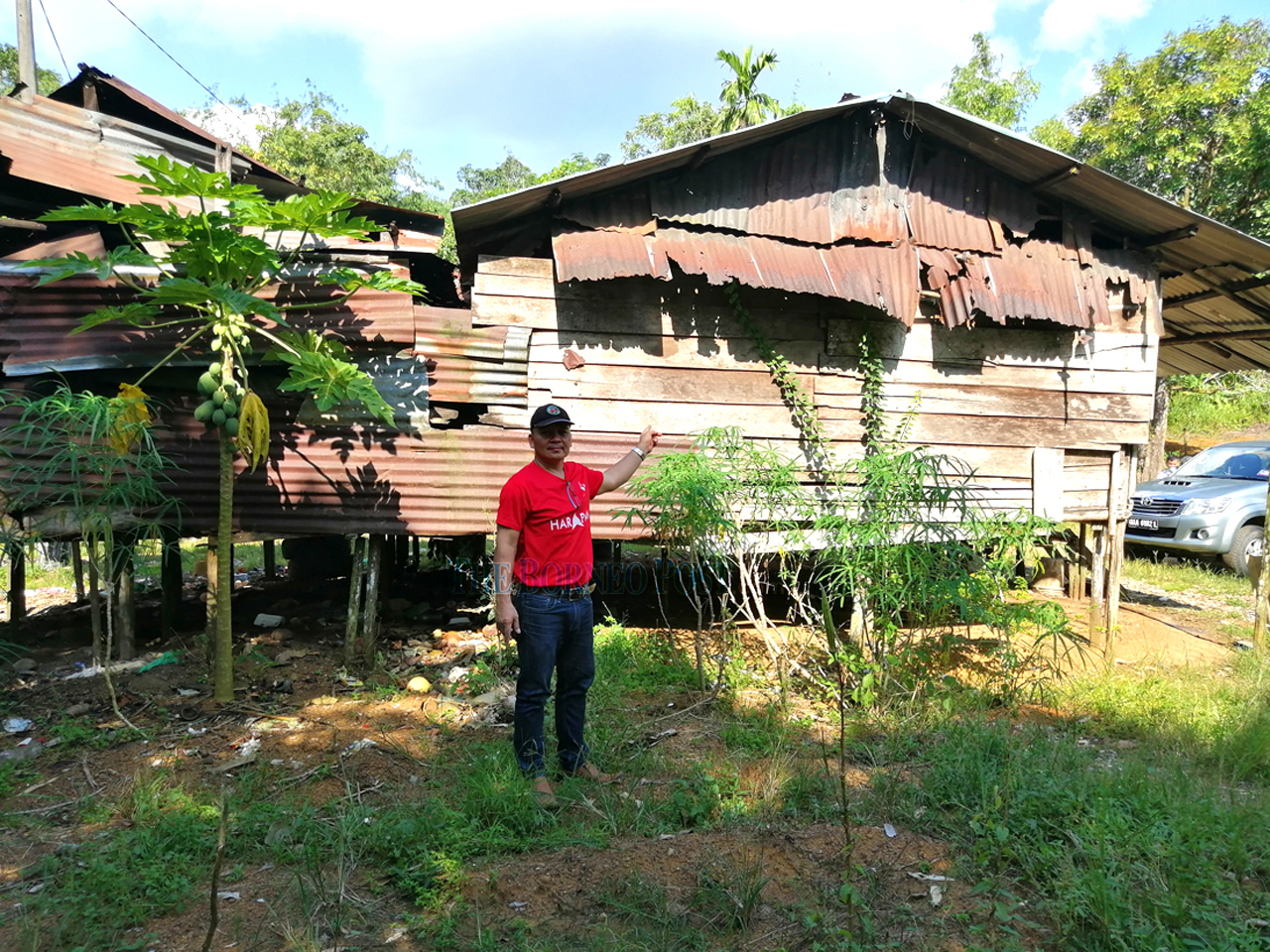