Friday, August 19
You are at:Home»News»Drainage, irrigation facilities in DID paddy scheme areas to be upgraded — Uggah 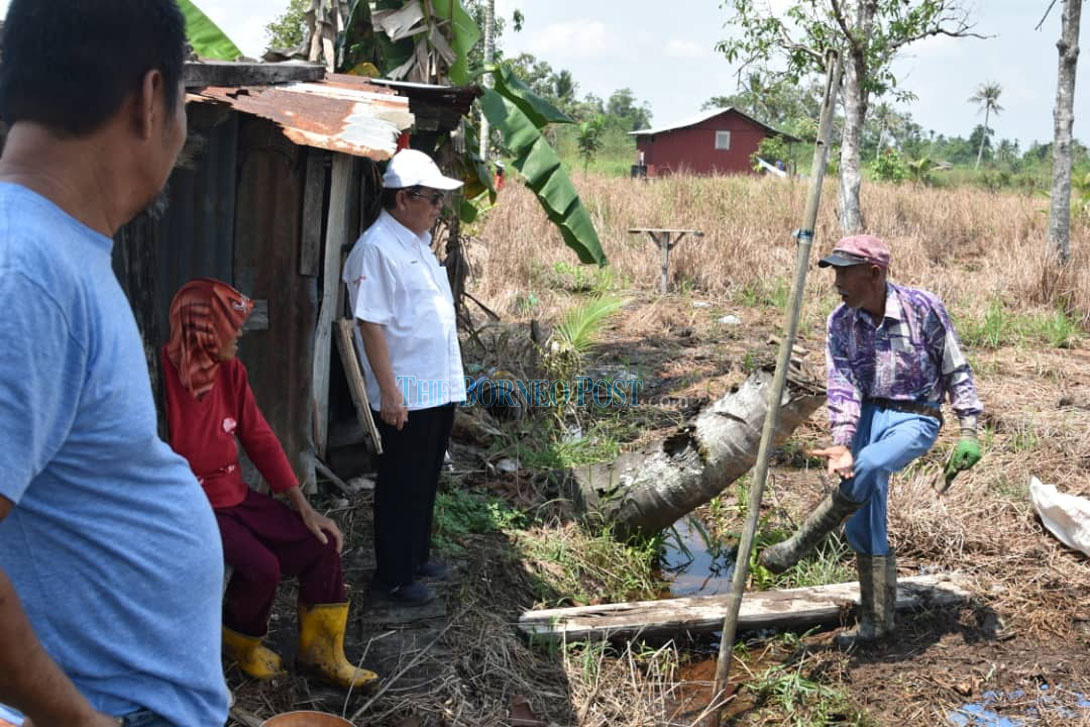 A farmer indicates to Uggah the level of flood water that occasionally affects his farm at the Tanjung Sebukut Scheme.

BETONG: All drainage and irrigation facilities at the Drainage and Irrigation Department (DID) paddy scheme areas in the state will be upgraded soon.

Speaking after visiting the Tanjung Sebukut DID paddy scheme in Spaoh here yesterday, he said the upgrading would especially involve those within the state’s food basket areas.

He said there were about 40,000 hectares under such schemes across the state, including 500 hectares in Tanjung Sebukut.

Uggah, who is Minister of Modernisation of Agriculture, Native Land and Regional Development, said many of the facilities in the scheme areas had problems of poor maintenance and were rundown, resulting in inadequate drainage and irrigation, and ultimately poor productivity.

Citing Tanjung Sebukut as an example, he said the yield by each farmer is below two metric tonnes per hectare, which he regarded as very low.

“We may need to bring in more culverts at new strategic points, building new drains.

“We will wait for the reports from other such schemes and part of the reports is expected to reach us by this Sept 11,” he said.

Meanwhile, Uggah added that a memorandum of understanding would be signed between the private sector and the farmers and the area farmer’s organisation for the development of the Tanjung Purun DID paddy scheme this Sept 5.

“This is the first one that we are implementing and if it proves to be a success, we will use it as our model in other areas,” he said.