Monday, May 25
You are at:Home»News»ASMC: 114 hotspots detected in Kalimantan, up from seven in two days 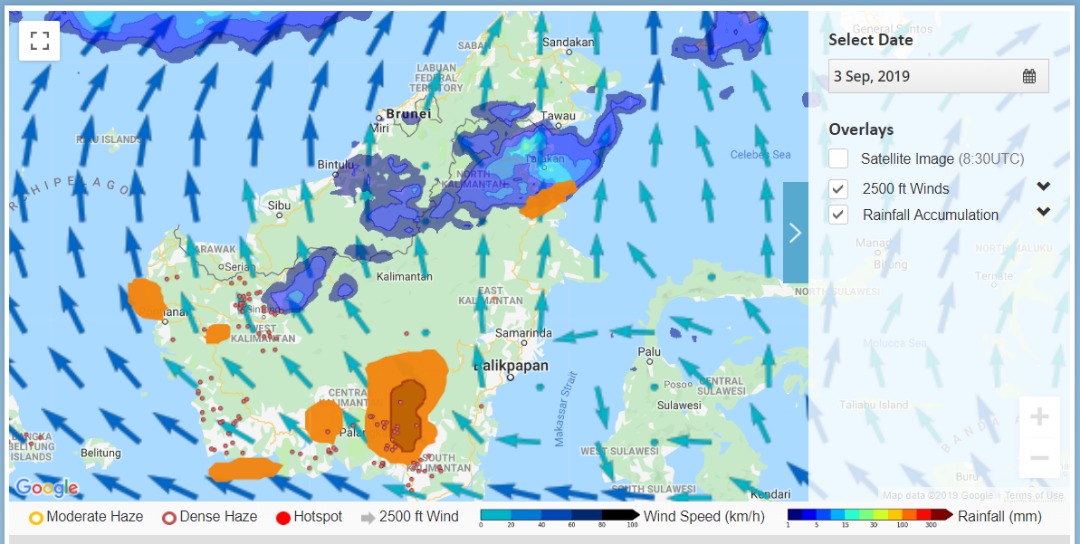 An image from ASMC’s website shows the location of hotspots and wind direction on Tuesday.

KUCHING: There has been a sharp increase in the number of hotspots recorded In Kalimantan by the Asean Specialised Meteorological Centre (ASMC) over the last few days.

According to its NOAA19 satellite data made available on its website, there were seven hotspots on Sunday but yesterday, a total of 114 was recorded.

ASMC noted: “In Kalimantan, moderate to dense smoke haze were observed to emanate from clusters of hotspots in West, Central and South Kalimantan. There has been a significant build-up of smoke haze over the southern parts of Kalimantan due to the persistent hotspots there.”

The website also showed that the wind direction was over the hotspot clusters towards Kuching or southern Sarawak.

Moderate air quality has been recorded here over the last 24 hours with an Air Pollutant Index (API) of 82 as of 10am from 74 at 11am yesterday.

In the Malaysian Meteorological Department’s weekly forecast, no rain is expected over Kuching until Saturday.