Sunday, July 12
You are at:Home»News»Court»High Court to decide on Friday whether to review Alister’s conviction, punishment 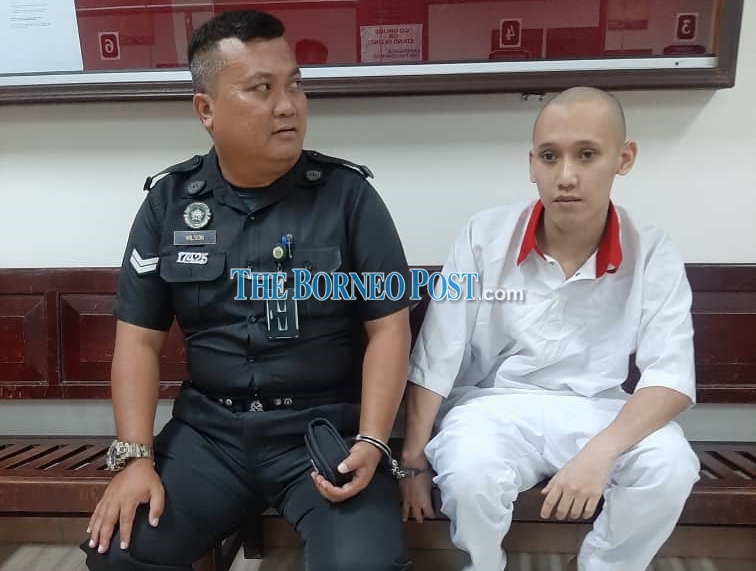 Alister (right) is being escorted by a Prisons Department officer at the court today.

KUCHING: The High Court here will decide on Friday whether to review the conviction and punishment for Alister Cogia, 22 who was sentenced to 10 years in jail and RM50,000 fine for insulting Islam on Facebook.

Judge Azhahari Kamal Ramli made the decision because the court needed time to decide whether the sentence against Alister should be changed or retained.

“The court may reduce, maintain, and even set aside the sentence already imposed on Alister.

“The case can also be transferred to the lower court for proper consideration,” he said when met by reporters at the High Court here today.

He said as the accused’s counsel, they were not concerned about any decisions made by the court later.

“The important thing for us is that the court will have to consider and amend the existing sentence because the 10-year jail term and RM50,000 fine are quite heavy in this case,” he added.

Alister was originally sentenced to 10 years in prison and fined RM50,000 after pleading guilty to 10 charges of insulting the Prophet Muhammad through his Facebook account, ‘Ayea Yea’ last March.

Following the sentencing by the court, many parties had expressed dissatisfaction that the punishment imposed was excessive.

A review of the decision was filed by Parti Keadilan Sarawak legal team, as they were concerned that Alister might be having mental health issues.

Following to this, the High Court ordered Alister be sent to Sentosa Kuching Hospital for a three-month mental examination.

However, the court on June 17 found that Alister’s mental health status was normal, especially when his mental state was stable during the ward for three months.

Previous ArticleGaya islanders have to pay first for water supply
Next Article ASMC: 114 hotspots detected in Kalimantan, up from seven in two days