Saturday, April 17
You are at:Home»Business»Malaysia’s trade surplus expands to RM14.27 bln in July 2019 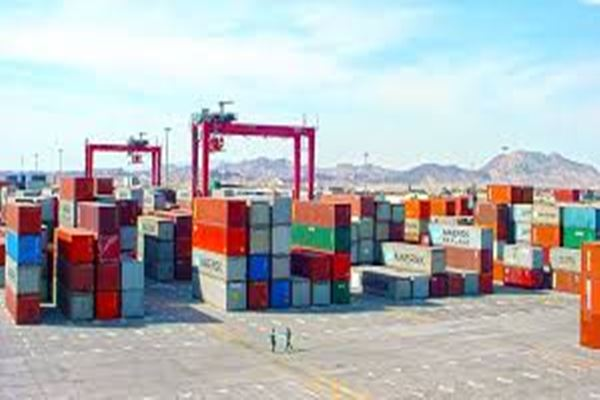 Exports picked up by 1.7 per cent year-on-year (Y-o-Y) to RM87.96 billion, mainly due to higher exports to Taiwan, the United States (US), China and Singapore. Bernama Photo

KUALA LUMPUR: Malaysia recorded a trade surplus in July 2019 amounting to RM14.27 billion, up 75.6 per cent from the same month of the previous year and marking the 261st consecutive month of trade surplus since November 1997.

Exports picked up by 1.7 per cent year-on-year (Y-o-Y) to RM87.96 billion, mainly due to higher exports to Taiwan, the United States (US), China and Singapore, while imports contracted by 5.9 per cent to RM73.69 billion.

“Total trade was valued at RM161.65 billion, a decline of 1.9 per cent,” the Ministry of International Trade and Industry (MITI) said in a statement.

On a monthly basis, MITI said total trade, exports and imports registered double-digit growth of 14 per cent, 15.5 per cent and 12.3 per cent respectively. The trade surplus rose by 35.8 per cent.

During the period, the trade surplus increased by 15.9 per cent to RM81.62 billion, said MITI.

Mining goods (7.5 per cent share) were valued at RM6.6 billion, declining by 11.6 per cent on account of reduced exports of crude petroleum due to lower volume and average unit value (AUV).

Agriculture goods (5.7 per cent share) totalled RM4.97 billion, down by 9.3 per cent due to lower exports of palm oil and palm oil-based agriculture products, especially palm oil, which recorded a decline of 14.2 per cent to RM2.59 billion following a lower AUV.

Compared to June 2019, exports of manufactured goods grew by 18.7 per cent, agriculture goods increased 3.2 per cent, but mining goods decreased by 5.2 per cent.

MITI said exports to the region increased by 1.8 per cent to RM25.16 billion, supported by higher exports of E&E products, machinery, equipment and parts, iron and steel products as well as liquefied natural gas (LNG).

Major markets that recorded expansion were Singapore, which increased by RM372.9 million due to higher exports of E&E products, Vietnam (RM191.5 million, manufactures of metal) and the Philippines (RM247.4 million, petroleum products).

Imports from ASEAN contracted by 10.7 per cent to RM17.56 billion, said MITI.

In July 2019, trade with China (17.6 per cent share of Malaysia’s total trade) increased marginally by 0.2 per cent Y-o-Y with exports expanding 3.8 per cent to RM13.34 billion on higher exports of manufactures of metal, petroleum products and LNG.

Imports from the republic declined by 2.8 per cent to RM15.16 billion.

Exports amounted to RM8.1 billion, decreasing by 2.8 per cent on account of lower exports of palm oil and palm oil-based agriculture products as well as manufactures of metal, while imports decreased by 10 per cent to RM6.62 billion.

“Increases in exports were recorded for E&E products, machinery, equipment and parts as well as transport equipment,” said MITI.

Trade with the US in July 2019 grew by 4.2 per cent Y-o-Y to RM14.05 billion, accounting for 8.7 per cent of Malaysia’s total trade with exports growing 7.9 per cent to RM8.36 billion, buoyed by higher exports of E&E products, wood products, transport equipment as well as manufactures of plastics.

Trade with Japan in July 2019 decreased 4.1 per cent Y-o-Y to RM10.52 billion with exports shedding 6.3 per cent to RM5.2 billion due to lower exports of LNG, petroleum products as well as palm oil-based manufactured products.

Imports from Japan decreased by 1.9 per cent to RM5.32 billion. – Bernama