Monday, February 6
You are at:Home»News»Masing accused of misleading public over Bintulu Port
For the freshest news, join The Borneo Post's Telegram Channel and The Borneo Post on Newswav. 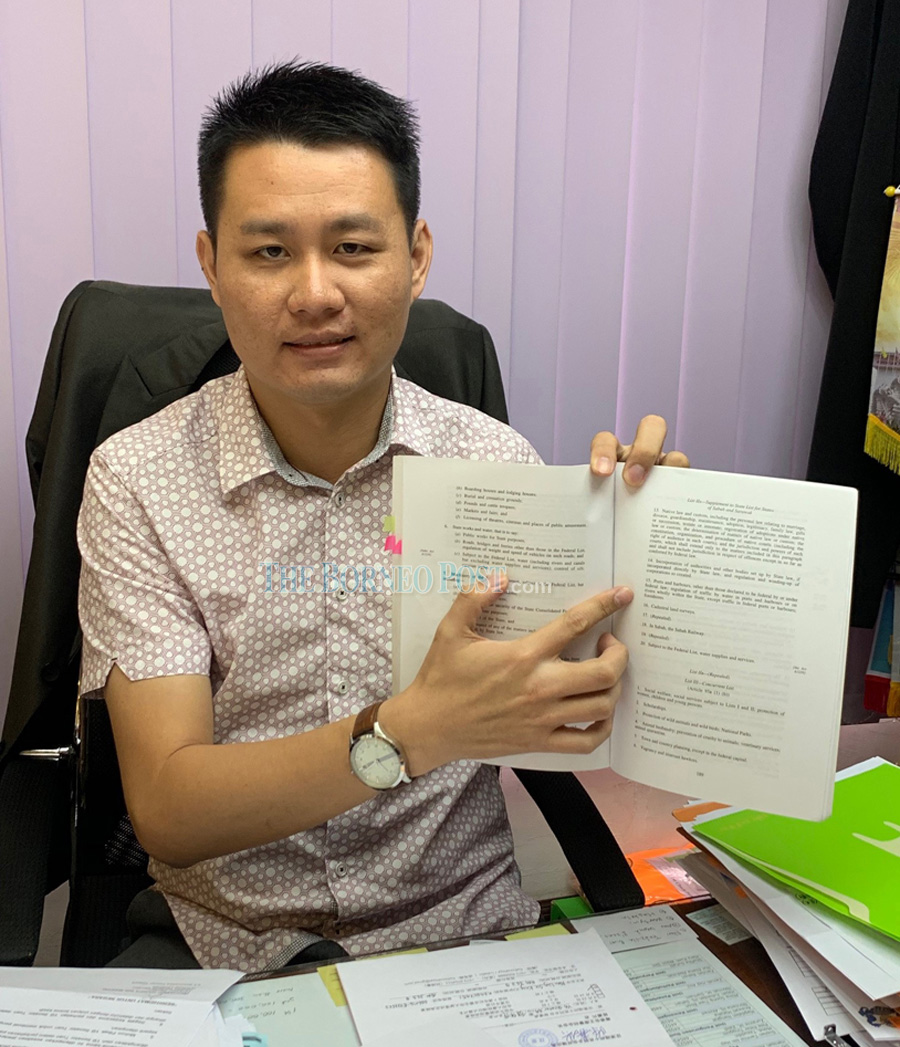 Ling points to Section 15 of the Ninth Schedule of the Federal Constitution on ports and harbours.

MIRI: Tan Sri Datuk Amar Dr James has been accused of playing politics and pulling wool over the eyes of Sarawakians over his proposal for Sarawak to regain control of Bintulu Port from the federal government.

Senator Alan Ling said the Deputy Chief Minister and Minister of Infrastructure and Ports Development was misleading the public and “was not ignorant of the position of the law in relation to the status of Bintulu Port but merely playing politics to create hatred towards PH which is ill-intended and politically motivated”.

The Pakatan Harapan (PH) Sarawak and Democratic Action Party (DAP) Sarawak secretary was responding to the negative comments on social media following the statement by federal Transport Minister Anthony Loke Siew Fook that the Bintulu Port is a federal port after the Sarawak government had proposed to take control over the port.

Masing had recently confirmed that the Sarawak government was studying how it could take over Bintulu Port and it was studying whether the law enacted by Parliament in 1981 for the establishment of Bintulu Port is enforceable in Sarawak.

He told a news portal last week that Sarawak was ‘now studying “our constitutional position as far as ports and harbours are concerned”.

Bintulu Port was established on Aug 15, 1981 under the Bintulu Port Authority Act 1981 as a federal body under the Transport Ministry.

Ling alleged that Masing knowingly confused the public on the status of Bintulu Port in attempting to give the impression that the port had been ‘taken away’ by the PH government.

He reminded that Gabungan Parti Sarawak (GPS), formerly Barisan Nasional (BN) Sarawak, was a party to agree to the passing of the Bintulu Port Authority Act 1981 which is enforced until today.

“Since the federal law (Bintulu Port Authority Act 1981) came into force, there was no issue on it until PH took over the federal government and this showed the intention of Masing in stirring up sentiment to cover up how the port’s current status came about,” Ling said.

Ling advised Masing to focus on his duty to improve the many ports in Sarawak under his purview including the Miri Port where urgent deepening and improvement is needed.

“Please get your direction right by looking into the long delay and failure of the state government to resolve Miri Port issues,” he said.