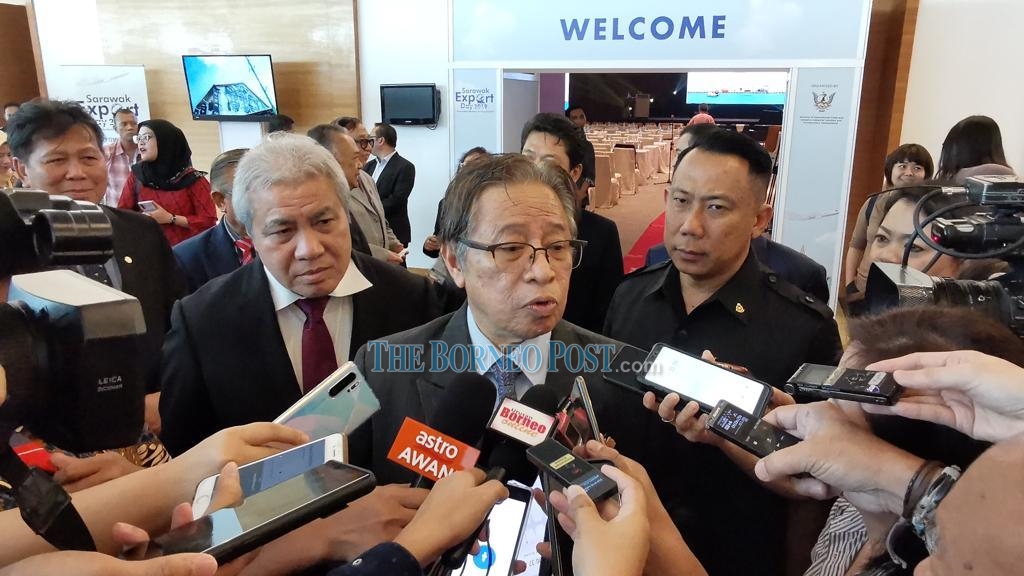 Abang Johari speaks to journalists after the launch of Sarawak Export Day 2019.

KUCHING: The Sarawak government will consolidate the port facilities across the state to better manage the four ports under the jurisdiction of Sarawak.

“What I’m saying is we are consolidating the Sarawak ports. That means there are areas that we have to upgrade in order to meet the demands of the modern port facility.

“(This is) because now people go for containerisation and modern managing of ports. So we have to look at ours,” he said when met by journalists after launching Sarawak Export Day 2019 at Pullman Hotel here today.

Asked about the estimated cost of upgrade, Abang Johari said “it depends” and the state would have to conduct a study on the Port Ordinance.

“We have to look at our port operations, maybe we have to upgrade certain facilities. For instance, the management of port mobility is computerised.

“In another word, you have to engage computerisation management,” he said.

On an industrial terminal, Abang Johari said it depended on where the proposed petrochemical complex was going to be built.

He added that the terminal had to be near the port “because it’s hazardous.”

When prompted for an estimated location of the proposed petrochemical complex, the chief minister said: “We are still planning.”

“There is a proposal to build a refinery, meaning that the refinery must be built near the jetty and it is for safety. That terminal has to be looked into,” added Abang Johari.