Monday, March 30
You are at:Home»News»Sabah»KKIFF returns for its 10th film festival in Malaysia 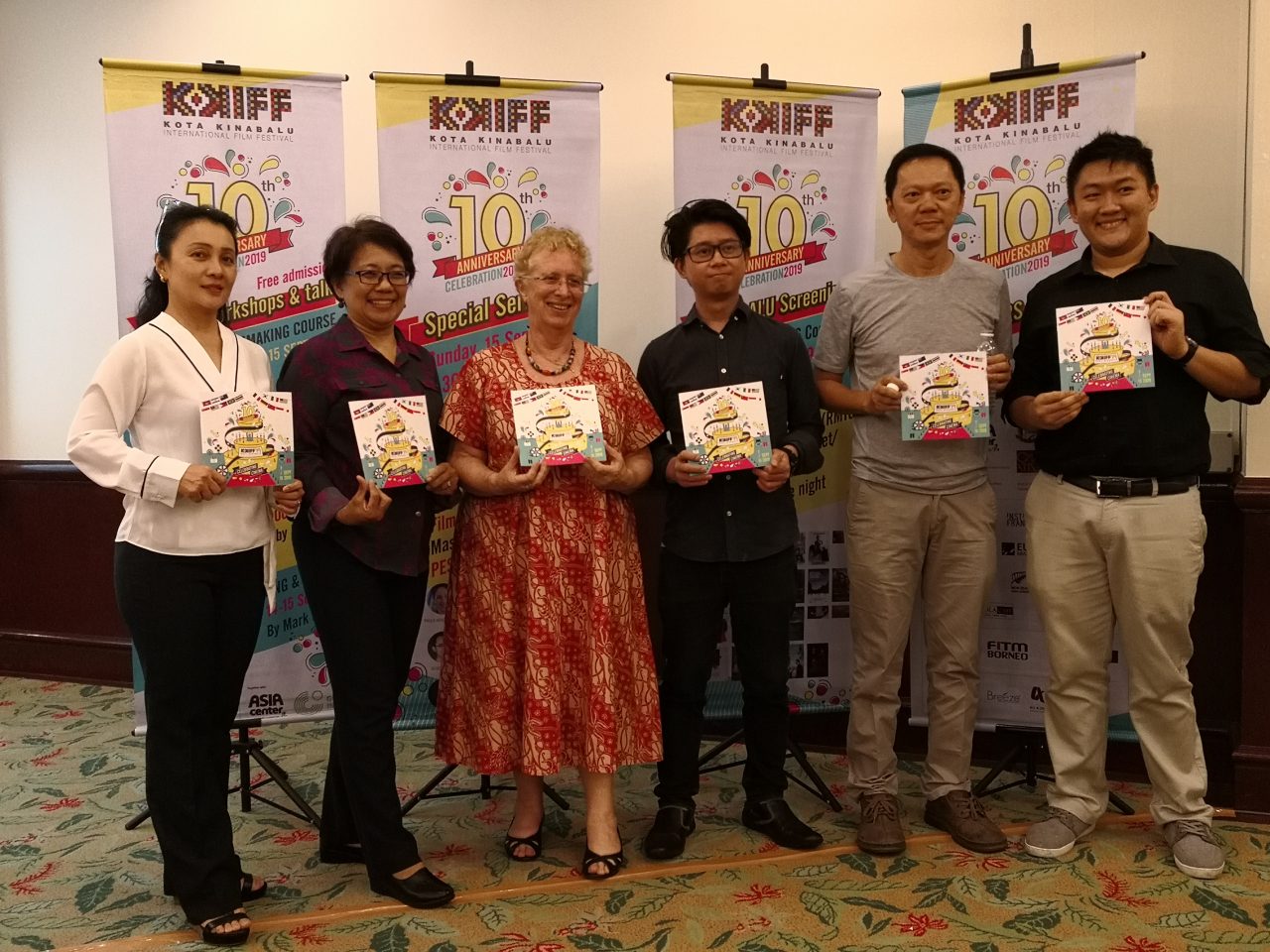 Jude (third left) with the KKIFF 2019 committee at the press conference.

KOTA KINABALU: The Kota Kinabalu International Film Festival (KKIFF) returns for its 10th instalment as the longest-running independent film festival in Malaysia with movie screenings from around the world.

From September 7 to 15, filmmakers and enthusiasts alike can attend film screenings as well as participate in free talks, free workshops and free training with industry professionals, open to the public.

“There are films to watch, a competition, and much to learn in workshops, from how to make a film and then how to pitch it,” said festival director Jude Day.

“Over two days, writer and producer Mark Overett, who is also founding partner of New Holland Pictures Two and currently Head of Film and TV at JMC Academy, Brisbane, will take participants through the process of preparing, practising, and presenting their pitch.

“Then, participants will learn how to distribute their film at Special Series10 – not to be missed if you want to know how to sell your work to a company that will make and promote it,” she added.

Speaking at a press conference, Jude said over 20 films from 16 countries were selected for screening from over 200 submissions this year, three of which are Sabahan; ‘Ninavau,’ ‘Huminodun’ and ‘The Guardian of Kinabalu.’

“‘Ninavau’ was directed by Bebbra Mailin and won the MIFFEST and MGGA 2019 awards for Best Short Film.

“‘Huminodun, which was filmed entirely in Kadazandusun, was directed by Aaron Cowan, who worked on major Hollywood productions such as The Lord of the Rings, Avatar, Man of Steel and Narnia.

“And last but not least, we will be featuring ‘The Guardian of Kinabalu’ directed by Lloyd Spencer Davies and Wiebke Finkler, principal partners of Nature’s Voices, whose films have won 16 international awards and honours.

“But there is a lot more at the KKIFF than films. There is also PESTA10, the annual filmmakers’ competition, Special Series10 and the Sabah Pitching Training and Awards,” she added.

The Sabah Filmmaking Course, from September 8-15, is open to all and is free of charge. Observers are welcome and instructors come from all over the world, this year from Germany, Japan, New Zealand and Malaysia.

Meanwhile, closing night on September 14 will showcase the South-East Asian premiere of the UK/Malaysian co-production ‘Shadowplay,’ with a following question and answer sessions by its director Tony Pietra Arjuna.

Tony will also be giving a masterclass in Special Series10, on Sunday, September 15. The film seminar runs all day from 9.30am to 5.30pm, featuring talks, panels and masterclasses, open to all, but with a charge.

According to Jude, response so far has been most welcoming for the Sabahan films, as she said people were eager to support their friends and those who they knew were involved in the film.

She added that the Sabahan films were almost entirely booked, thanks to the new online booking system this year.

Guides to the Festival are available at coffee shops all over KK and more information is available on the website (www.kkiff.com) and Facebook page.

“This (festival) is affordable, accessible and world-class. No aspiring or working filmmaker, and certainly no lover of film, can afford to miss this,” said Jude.