Saturday, February 29
You are at:Home»News»LAs told to consult people before making policies 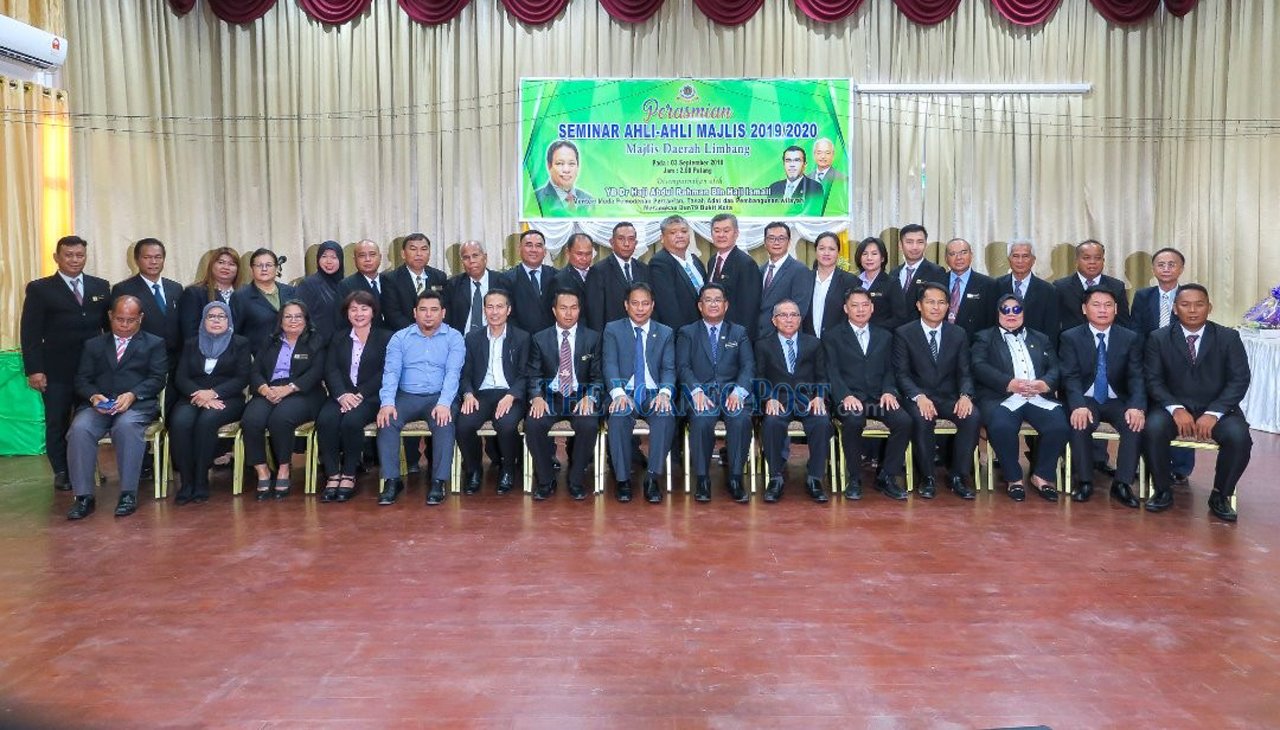 The councillors in a photocall with Dr Abdul Rahman (seated centre), Sufian (seventh left) with other dignitaries.

MIRI: Local councils are reminded to always consult their customers or the people within their jurisdiction before implementing any policy.

Assistant Minister of Agriculture, Native Land and Regional Development Dr Abdul Rahman Ismail said engagement with the people was very important in the formulation and implementation of local government policies.

“Local councils cannot make their own decision on policies or regulations without first consulting or hearing views from the affected people,” said Dr Abdul Rahman when officiating at a seminar for newly installed councillors (2019/2021), organised by Limbang District Council on Tuesday

Dr Abdul Rahman also mentioned the importance of cooperation among councillors besides being smart in carrying out their duties and not to be overly pressured.

“Councillors ought to be patient and professional when receiving complaints from the public so that they could effectively discharge their tasks of maintaining cleanliness, carrying out development and providing services.”

He added that among problems the local locals often faced were collecting assessment rates from the people who expect free services not knowing that all services incurred costs ranging from fuel, maintenance and salary of staff.

Sufian also spoke at the event. He thanked the Sarawak government for appointing 32 councillors (including eleven new one) for Limbang District Council, besides allocating funds to implement various public-oriented projects here.

He also thanked Chief Minister Datuk Patinggi Abang Johari Tun Openg for approving an allocation to implement several mega projects in Limbang such as the upgrading of Limbang Waterfront Project (phase 1 and 2) at a cost of RM60 million.

He also thanked Dr Abdul Rahman for approving many rural transformation projects (RTP) in the district.

The council is still waiting for fund for the proposed eight main ethnic cultural village here.

On the seminar, Sufian said its objective was mainly to enhance the councillors’ understanding of their roles and responsibilities .

Previous ArticleGovt fails to get leave to appeal, remains as defendant in Altantuya suit
Next Article 1MDB was to borrow US$6 bln from Aabar investments — Witness