Saturday, February 29
You are at:Home»Sports»Football»Harimau Malaya players and officials ferried back in armoured vehicles 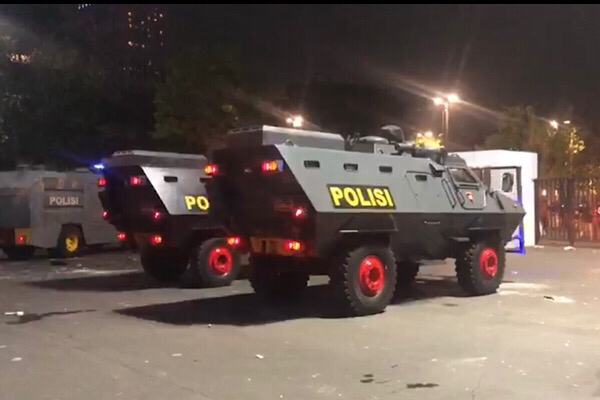 For safety reasons, all 24 players and squad officials were put on the armoured vehicles and ferried back to their hotel. Bernama Photo

JAKARTA: The Harimau Malaya squad had to be transported out of the Gelora Bung Karno Stadium in armoured Barracudas after their comeback 3-2 win over fierce regional rivals Indonesia in the Group G opening match of the second round of 2022 World Cup/2023 Asian Cup qualifiers here tonight.

For safety reasons, all 24 players and squad officials were put on the armoured vehicles and ferried back to their hotel, after the match was marred by crowd trouble and aggressive behaviour from the home fans.

Sources told Bernama that five armoured vehicles were used to transport the Malaysian players and officials to keep them safe from the home fans, with a bus also used as a decoy vehicle to distract their attention.

Malaysia had gone through the same security situation twice before, when they played the home team in the finals of the 2010 AFF Cup and 2011 Sea Games.

Back then, they also had to be transported from their hotel to Gelora Bung Karno Stadium in an armoured Barracuda due to angry fans. – Bernama