Friday, January 22
You are at:Home»Business»Isuzu to enhance D-Max with Blue Power engine

Isuzu Malaysia has prepared over 10 units of the new Isuzu D-Max 1.9 Blue Power pickups for the Krabi-Phuket convoy, to test the engine’s long-haul on-the-road performance. 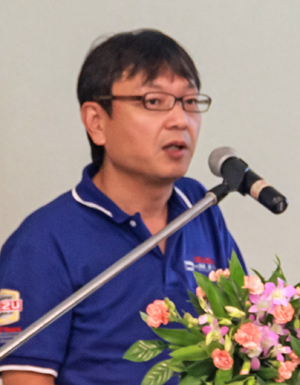 According to Isuzu Malaysia chief executive officer Koji Nakamura, this enhanced engine is regarded as a ‘game-changer’, set to shape the company’s future in the global arena.

“The new 1.9-litre engine has been able to achieve all that Isuzu’s engines are known for, including its reliability and long-service life.

“Moreover, it has been able to push the boundaries to produce even greater dependability, on top of its enhanced performance,” he said prior to a presentation on Isuzu’s Blue Power (1.9-litre RZ4E) diesel engine at Duangjitt Resort and Spa here yesterday.

The session, facilitated by Isuzu Technical Centre of Asia general manager (engine design department) Isamu Tateyama, was part of Isuzu Malaysia’s three-day test-drive convoy with the media here, which kicked off in Krabi on Wednesday.

Adding on, Nakamura said Isuzu had been able to achieve its design criteria by increasing the ‘five operational parameters’ and reducing five others to meet future demands of powerful and efficient compact engines. 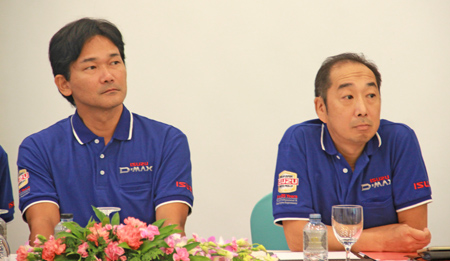 In his presentation, Tateyama said much of the new 1.9-litre engine’s performance enhancement derived from its breakthrough design including that for the combustion chamber, high-efficient VGS turbo-charger, low-friction components and highly precise fuel injection from its high-pressure commonrail system.

“Coupled with the Intelligent Exhaust Gas Recirculation (EGR) system and an eco-oil filter, the engine hgas been able to improve fuel efficency by approximately 19 per cent, as tested in Thailand.

“By reducing internal friction, Isuzu has been able to ensure that the moving parts last longer,” he elaborated.

In capitalising on the improved character of the new 1.9-litre engine, Isuzu has developed brand new six-speed transmissions – both manual and automatic – for the new Isuzu D-Max 1.9 Blue Power, which is set for its official launch in Kuala Lumpur this Sept 18.