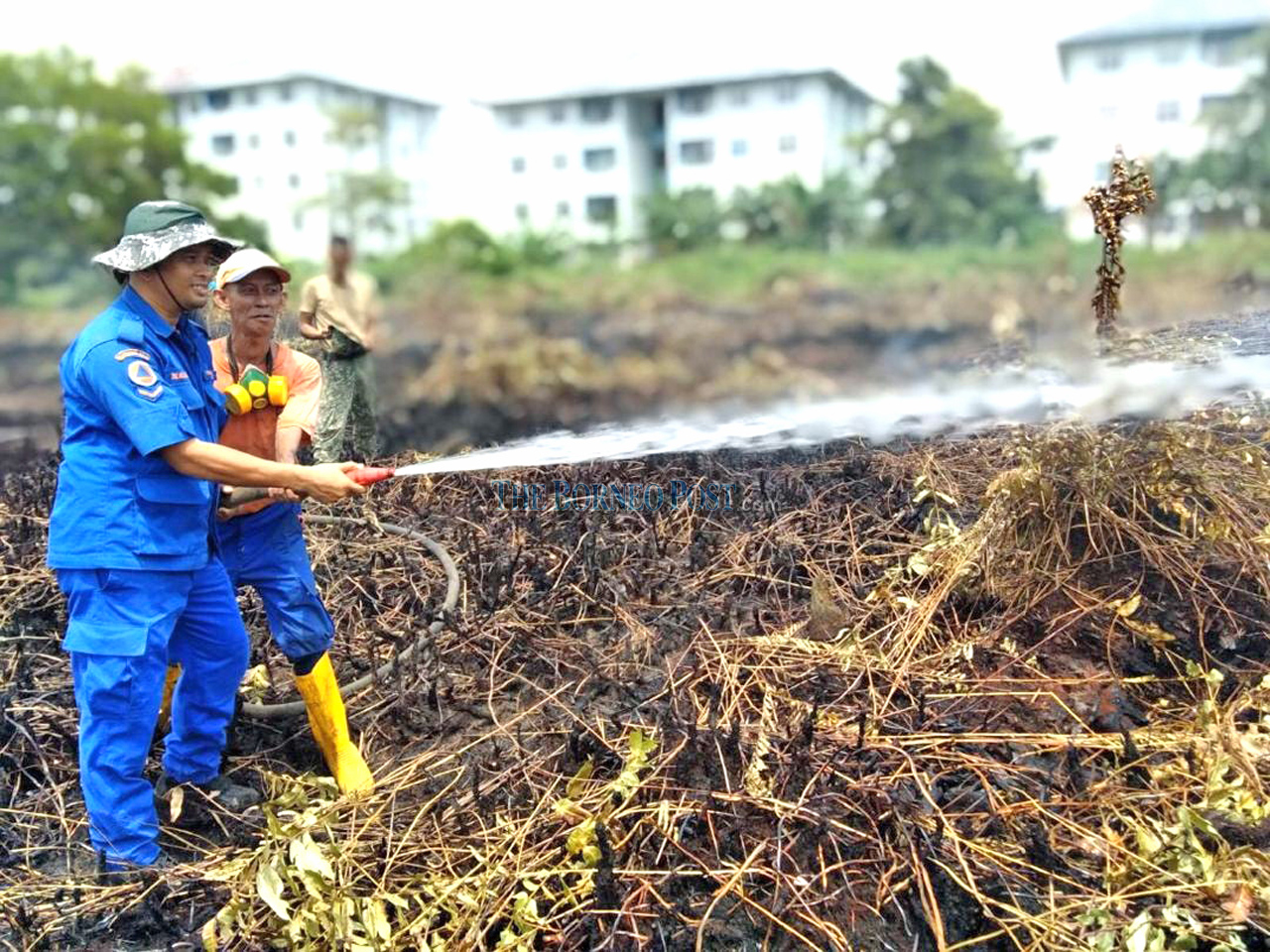 MIRI: Individuals who conduct open burning face being slapped with a hefty compound or jail sentence over their unapproved activities, said the secretariat of Miri Disaster Management Committee.

Secretariat chief Mohd Hazle Shah Abdul Hamid explained that burning activities that are strictly prohibited include on peat soil and areas within a radius of 30km around an airport.

Exceptions are made for five activities, namely the burning of diseased plants, burning for religious or worship activities, cremation, grilling or barbecuing that are not done on peat land, and flaring, he said.

“Any fire, combustion or smouldering that occurs in the open and not routed through chimneys and flue, except those which are prescribed by the Ministry of Energy, Science, Technology, Environment and Climate Change, are prohibited,” he said in a statement yesterday.

Under Section 29A(2) and Section 29B of the Environmental Quality Act 1974, Mohd Hazle Shah said those caught conducting illegal open burning will be issued a maximum compound of RM2,000 for each fire pile and if brought to court, the amount could increase to a maximum of RM500,000 or sentenced to five years’ jail or both.

Meanwhile, pursuant to Section 30(2) of the Natural Resource and Environment Ordinance (NREO), 1993, those caught for open burning will be summoned at RM200 per individual while the maximum compound for companies could go up to RM9,000.

On the effects of open burning, Mohd Hazle Shah said that air would become dirty due to the accumulation of solid debris and dust, carbon dioxide and other pollutants, contributing to hazy environmental conditions that could reduce visibility and endanger road users, airplanes and ships.

“Besides that, it could also cause health disorders such as asthma, bronchitis, allergies, lung inflammation, and eye and skin diseases especially for infants, children, the elderly and the sick.” Other than that, open burning could also decrease agricultural productivity, destroy forest and its biodiversity, as well as disrupt daily activities and economy.

In this respect, he cautioned that such open burning could go wrong in the absence of precautionary measures.

The public can contact the Department of Environment control room on 1-800-88-2727 or the Natural Resources and Environment Board on 085-437388 for information on the haze or to lodge a report.