Wednesday, July 28
You are at:Home»News»Sarawak PKR Youth hands out face mask to pupils as haze worsens 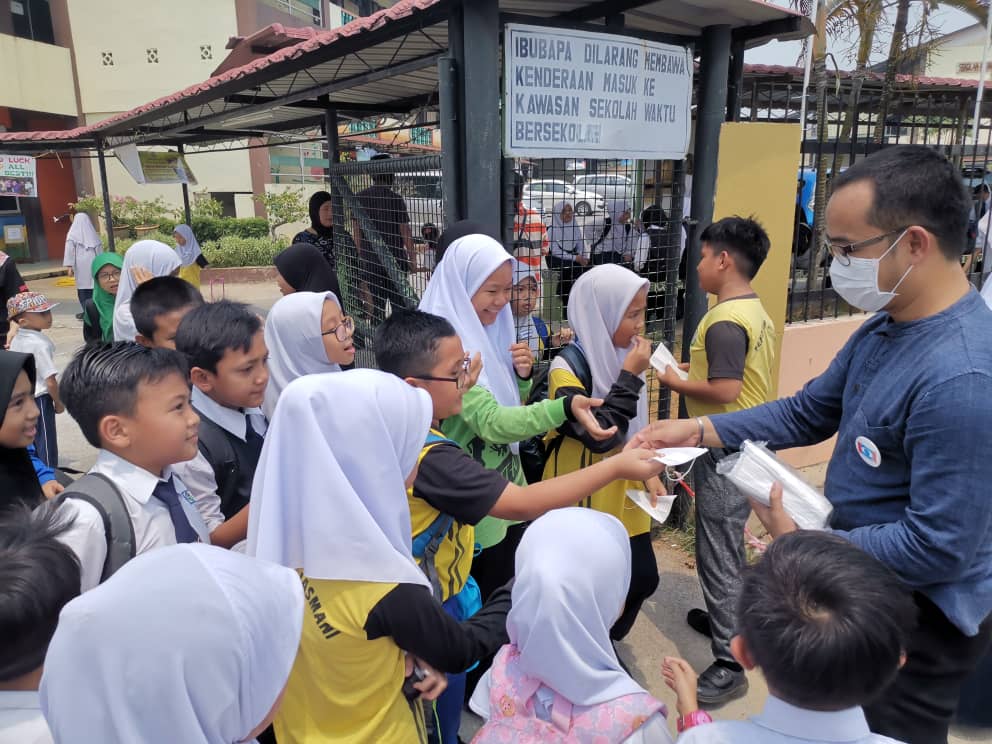 A Sarawak PKR Youth member distributes face mask to pupils outside a school in Petra Jaya.

KUCHING: Sarawak PKR Youth has distributed face masks to school pupils in Petra Jaya as the air quality here continues to deteriorate due to the haze.

Its chief Saifunnizam Sam said they had distributed the face masks to the children as a preventive measure to protect them from inhaling the polluted air.

“Sarawak PKR youth hopes that everyone, particularly those suffering from respiratory diseases such as asthma will take steps to protect themselves during the haze,” he said in a statement.

He also said the public should reduce outdoor activities, drink more water, refrain from open burning and smoking in the house or in a building.

As of 2pm today, the air pollutant index (API) readings in some areas of the state remained at unhealthy levels.