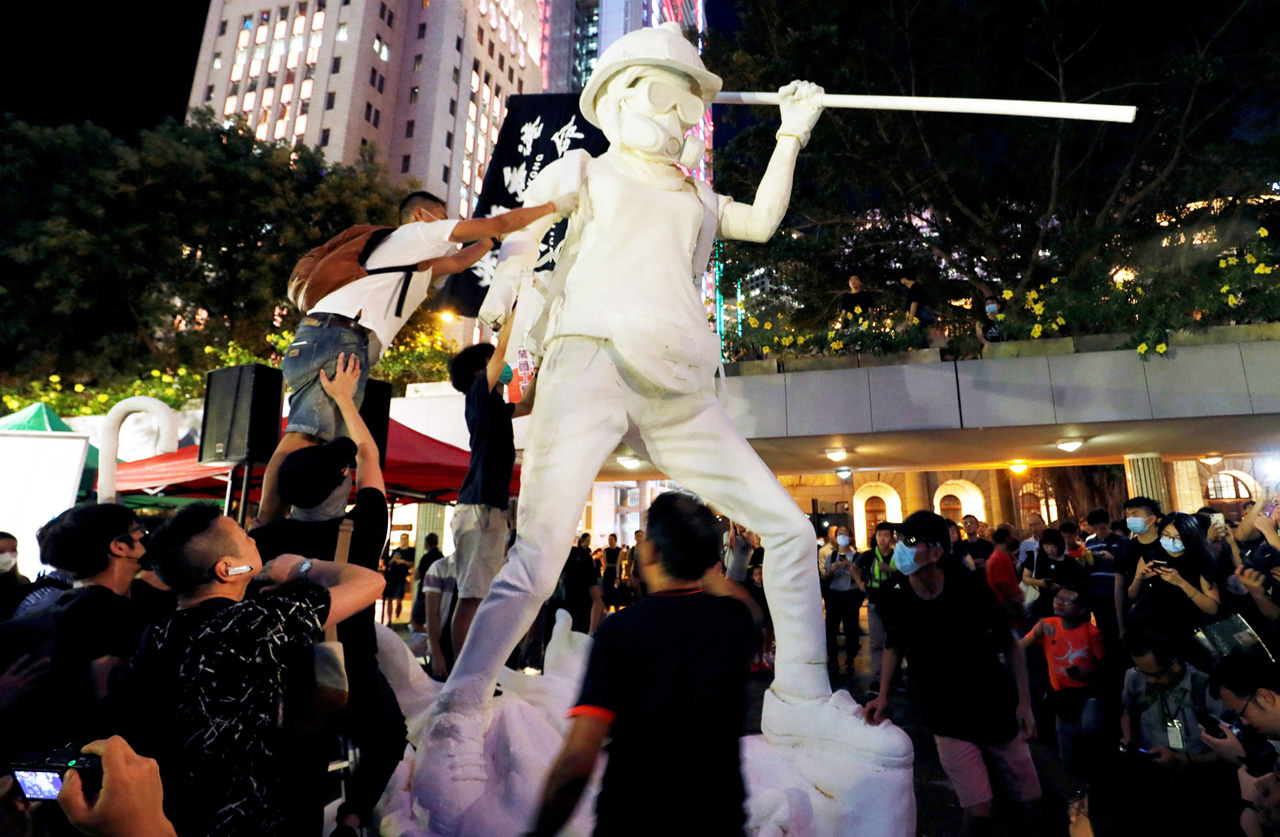 Hundreds of protesters gathered yesterday evening, with crowds expected to swell into the night, as the Asian financial hub braces for weekend demonstrations aiming to disrupt transport links to the airport after Lam’s withdrawal of a controversial extradition bill failed to appease some activists.

“The four actions are aimed at putting one step forward in helping Hong Kong to get out of the dilemma,” Lam told reporters during a trip to China’s southern region of Guangxi. “We can’t stop the violence immediately.”

Lam on Wednesday withdrew a controversial extradition bill that would have allowed people to be sent to mainland China for trial in courts controlled by its ruling Communist Party and announced three other measures to help ease the crisis.

The Beijing-backed leader said she disagreed with the Fitch downgrade, adding that said some of the activists’ demands, such as dropping charges against protesters who used violence, violated the law.

Demonstrations have gripped Hong Kong for three months, at times paralysing parts of the city amid running street battles between protesters and police whose violence has drawn international attention.

“I stressed that the rights and freedoms for (Hong Kong) citizens have to be granted,” Merkel said during a visit to China.

“In the current situation violence must be prevented. Only dialogue helps. There are signs that Hong Kong’s chief executive will invite such a dialogue. I hope that materialises and that demonstrators have the chance to participate within the frame of citizens’ rights.”

Beijing supported the territory’s government “to end the violence and chaos in accordance with the law, to return to order, which is to safeguard Hong Kong’s long-term prosperity and stability,” he added.

Protesters plan to block traffic to the city’s international airport today, a week after thousands of demonstrators disrupted transport links, sparking some of the worst violence since the unrest escalated three months ago.

Many protesters have pledged to fight on despite the withdrawal of the extradition bill, saying the concession is too little, too late.

Several activist and pro-democracy groups say they will not give up on their other key demands, with rallies planned yesterday evening at sites across the city such as subway stations and near government headquarters. — Reuters