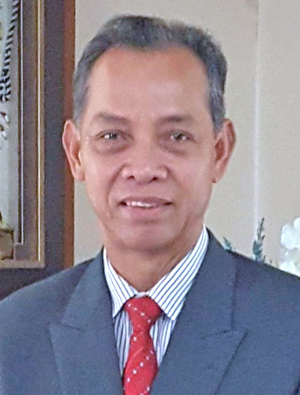 SIBU: Assistant Minister of Local Government and Housing Datu Dr Penguang Manggil hopes Sibu Municipal Council (SMC) will be more transparent in its dealings and steps up engagement with locals especially in project planning and implementation.

He was asked on his expectations for SMC under its new chairman Clarence Ting Ing Horh.

“I certainly hope that new blood, as both the chairman and the deputy chairman and about half of the councillors are new, will inject new ideas to put SMC to the next level.

“My wish – SMC will be more transparent and have more engagement with locals especially in project planning and implementation,” Penguang, who is Marudi assemblyman, told The Borneo Post yesterday.

Ting was sworn in as the new SMC chairman yesterday. He took over from the long-serving Datuk Tiong Thai King. For the record, the 60-year-old Ting is no newcomer to the local authority having served in SRDC as deputy chairman between 2004 and 2013.

He received his early education in SMK Methodist and graduated from York University, Toronto, Canada.

He is actively involved in non-governmental Organisations and is the Sarawak Society for the Blind (SSB) Sibu Division chairman and is the vice-chairman at state-level.

He is also a member of the board of directors of SMK Kwong Hua. In politics, he joined SUPP in the 1980s and currently is the party’s Pelawan branch chairman.

In business, Ting is managing director of Tanahmas Hotel in Sibu.