Wednesday, July 15
You are at:Home»News»Nation»Govt to look into compatibility of new fighter jets – Mohamad 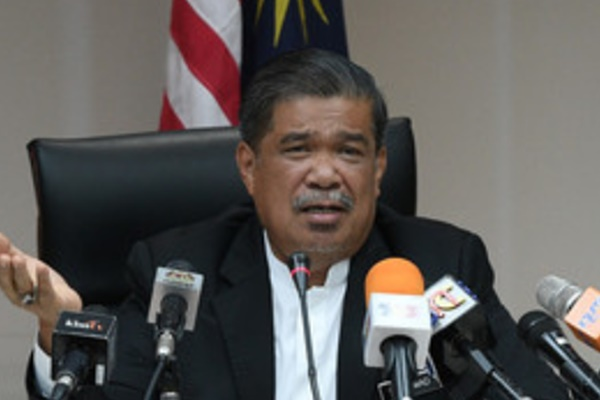 KLANG: The proposal to replace the SU Russian fighter jets of the Royal Malaysian Air Force (RMAF) with the new version fighter jets depended on the financial position of the country.

Defence Minister Mohamad Sabu said the proposal is still at study stage, in fact the government will also look at its compatibility to replace the fighter jets.

“The defence assets of the country are already outdated and have to be replaced. Nonetheless, we will check its compatibility (to replace the existing fighter jets with the new version).

“This (move to purchase new fighter jets) depended on the financial situation of the country and negotiations (between Malaysia and Russia on the purchase),” he said at a media conference after flagging off 12,000 participants of the ‘Run For Peace 2019’ organised by Soka Gakkai Malaysia here today.

On Thursday, Prime Minister Tun Dr Mahathir Mohamad was reported as saying that Malaysia was very cautious in spending too much to replace the two types of Russian-made jet fighters with its new version.

Dr Mahathir also said using too much money to buying fighter jets would not be productive to Malaysia as the country does not want war with any party.

When asked on investigation into the death of a commando during official duty at Lok Kawi Camp in Sabah on Wednesday, Mohamad said it was still going on and is confident it would not take too long.

“The matter (investigation into the death of a commando) is still going. It was an accident. The probe will take a short while, not long,” he replied.

In the incident, Maj Mohd Zahir Armaya, 36, a commando from the 11th Regiment special unit was shot dead when conducting a gimmick in conjunction with the setting up of the Fifth Division in Lok Kawi, Sabah.

Meanwhile, commenting on the run today, Mohamad praised the association for raising the people’s awareness on appreciating peace and to look after the environment.

He said the level of awareness on noble values is still seen as low and therefore there should be more such programmes to bring the people together for the future generations. – Bernama