Thursday, July 7
You are at:Home»News»Sabah»Rukun Negara a guide for all M’sians – Ewon 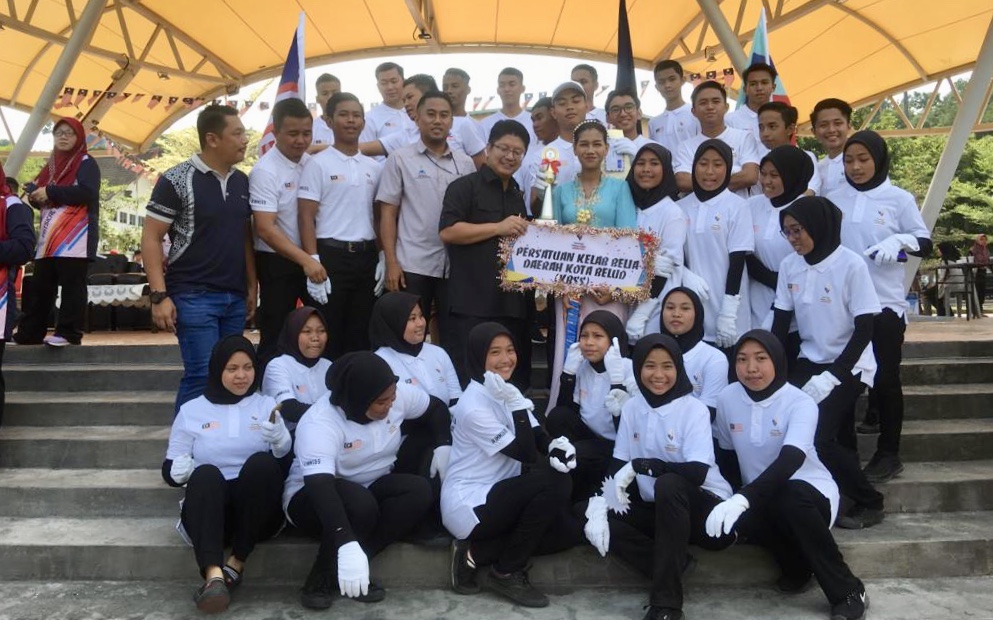 Ewon with the Kota Belud Youth Association team which was the champion in the NGO category.

KOTA KINABALU: The principles of Rukun Negara is a basic guide for all Malaysians in managing the country’s future.

Sabah Rural Development Minister Datuk Ewon Benedick said the five principles of Rukun Negara: Belief in God, Loyalty to King and Country, Supremacy of Constitution, the Rule of Law and Good Behavior and Morality, were enough as basis for the people of all races and religions in the country to ensure the future of the country is well managed.

He said application of the five principles in services, either public or private, throughout the leadership and community life would guarantee peace, security, harmony and prosperity of the country which comprised a multiracial society.

“In this month of independence we have renewed our Rukunegara pledge. Therefore, it is our responsibility to practise this pledge in our service, leadership and daily life,” he said when launching the Kota Belud District Level Independence Day Celebration at Kota Belud Square, yesterday.

At the event, 39 contingents of various government departments and agencies including students and non-governmental organizations (NGOs) participated in a parade involving more than 1,200 participants, which is an increase of participation compared to previous years.

Ewon, who is also Kadamaian Assemblyman, said Malaysians are fortunate to have their own country and have the opportunity to celebrate national celebration and independence in a peaceful, safe and harmonious environment.

He pointed out that there are people who do not have their own country while there are also other countries which do not celebrate independence day due to civil war within the country itself.

Therefore, it is the responsibility of Malaysians to continue to defend Malaysia’s independence and fill it with the best future management of the country, which could be expressed by practicing the five principles of Rukun Negara, he added.

Ewon also expressed his gratitude to Kota Belud District officer, Hajah Diyanah Abdullah for ensuring the smooth running of the Kota Belud district administration including official celebrations such as the independence month.

He also thanked the uniformed members, including the defense and security forces, who continue to ensure the peace and security of the country.

Meanwhile, to all members of the public service, Ewon reminded that the people are expecting them to provide the best service in every government ministry, department and agency.

Thus, it becomes a duty for them to instill the independence with excellent leadership and service, he added.

“I also thank all the leaders, civil servants and communities of Kota Belud who have been in charge of the development of the district over the years and we will continue this cooperation based on the culture application of the principles of Rukun Negara,” he said.

Ewon called on all Kota Belud communities to continue flying the Jalur Gemilang and the Sabah flag during the independence month as a token of appreciation and patriotism to the country.

At the event, Ewon also presented prizes to the winners of the parade competition.