Tuesday, July 14
You are at:Home»News»Setback for India’s space programme 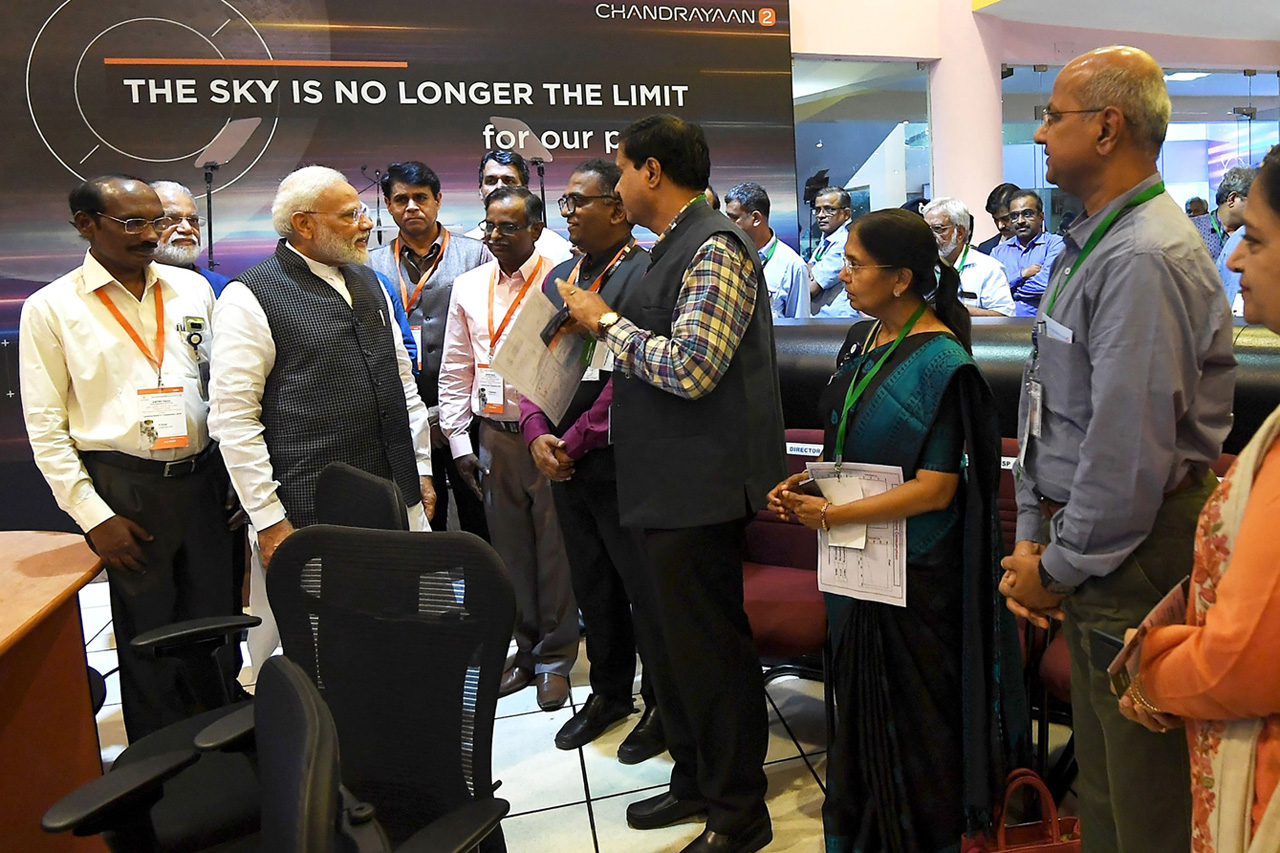 BANGALORE, India: India’s space programme suffered a huge setback yesterday after it lost contact with an unmanned spacecraft moments before it was due to make a historic soft landing on the Moon.

Blasting off in July, the emerging Asian giant had hoped to become just the fourth country after the US, Russia and regional rival China to make a successful Moon landing, and the first on the lunar South Pole.

But in the early hours of Saturday India time, as Modi looked on and millions watched with bated breath nationwide, Vikram, the lander named after the father of India’s space programme, went silent just 2.1 kilometres above the lunar surface.

“Subsequently the communication from the lander to the ground station was lost,” he said in a stunned operations room. “The data is being analysed.”

The Chandrayaan-2 (‘Moon Vehicle 2’) orbiter, which will circle and study the Moon remotely for a year, is however “healthy, intact, functioning normally and safely in the lunar orbit,” the ISRO said.

Freshly re-elected Modi had hoped to bask in the glory of a successful mission, but yesterday he deftly turned consoler-in-chief in a speech at mission control broadcast live on television and to his 50 million Twitter followers.

“Sisters and brothers of India, resilience and tenacity are central to India’s ethos. In our glorious history of thousands of years, we have faced moments that may have slowed us, but they have never crushed our spirit,” he said.

“We have bounced back again … This is the reason our civilisation stands tall,” he said in Bangalore. “When it comes to our space programme, the best is yet to come.”

Chandrayaan-2 took off on July 22 carrying an orbiter, lander and rover almost entirely designed and made in India, a week after an initial launch was halted just before blast-off.

ISRO had acknowledged before the soft landing that it was a complex manoeuvre, which Sivan called ‘15 minutes of terror’.

It was carrying rover Pragyan — ‘wisdom’ in Sanskrit — which was due to emerge several hours after touchdown.

The rover was expected to explore craters for clues on the origin and evolution of the Moon, and also for evidence on how much water the polar region contains. — AFP