Tuesday, August 9
You are at:Home»News»Sabah»Think outside the box, CM tells developers 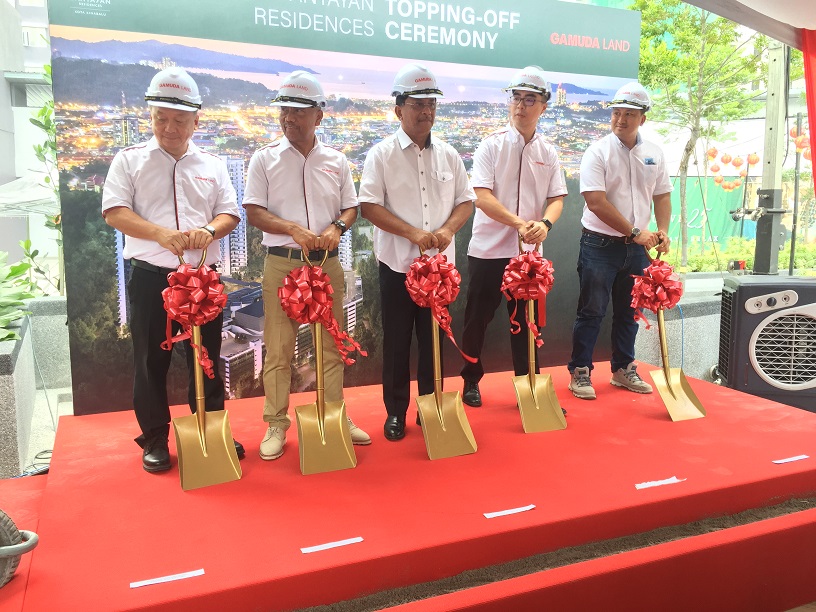 INANAM: The time has come for property developers to ‘think outside the box’ to spur the industry further, said Chief Minister Datuk Seri Shafie Apdal.

“The housing industry in Malaysia in general is going through a challenging patch. Though the issue of property overhang in Sabah is not as serious as in some other states in the country, it nevertheless illustrates the importance of correctly assessing the demand trends,” he said.

Speaking at Bukit Bantayan Residences’ topping-off ceremony here on Saturday, Shafie reckoned that, with every challenge comes a new opportunity.

“I would see this as a time to put fellow property developers to the test by thinking out of the box in spurring the property industry further.This is when the buyers (the people) are the ones benefiting from it.

“With the Home Ownership Campaign (HOC) extended, a huge savings on stamp duty and ten per cent discount from the participating developers, now is the time especially for first time buyers and B40 income groups to own a home,” said Shafie in his speech read by Deputy Chief Minister, Datuk Dr Jaujan Sambakong.

He stressed that the housing industry is an important activity to the state’s economy as it contributes to other sectors such as construction, suppliers, transporters, professional services and more.

In view of this, Shafie said the State Government was now looking into formulating policies and strategies that can assist in the continuous growth of the industry.

He added that the State Government was also currently re-examining and re-aligning approval procedures.

The event marked the completion of construction works for Bukit Bantayan Residences’ Cemara and Dilenia Towers.

“On top of that, I was told that Dilenia Tower would be delivered six months ahead of schedule. Well done! Early delivery by six months ahead and a high level of safe man hours really speak volume for Gamuda Land’s credential.

“We are witnessing a great engineering work before us, where I am impressed with how Bukit Bantayan Residences is designed and built to capatalise on the beautiful surrounding scenery while having all the right components and even retailers locked down in advance for the commercial segment here, to meet and sustain the daily needs of the community,” added Shafie.

“With Bukit Bantayan Residences, our aim is to create a vertical community where our residents will have a strong sense of belonging, where families can grow up well and where one can grow old in,” said Abdul Sahak.

During the event, Gamuda Land also presented a donation of RM8,000 to the Sabah Kidney Society.

The 25-storey, 296-unit Ebena Tower will be ready this October while the 25-storey and 296-unit Cemara Tower and the 27-storey and 320-unit Dilenia Tower are targeted for Occupational Certificate (OC) in 2020.

The second phase of the Bukit Bantayan Residences is also expected to be launched next year.

Previous ArticleRukun Negara a guide for all M’sians – Ewon
Next Article 211,354 new SSPN accounts in Sabah this year – CM