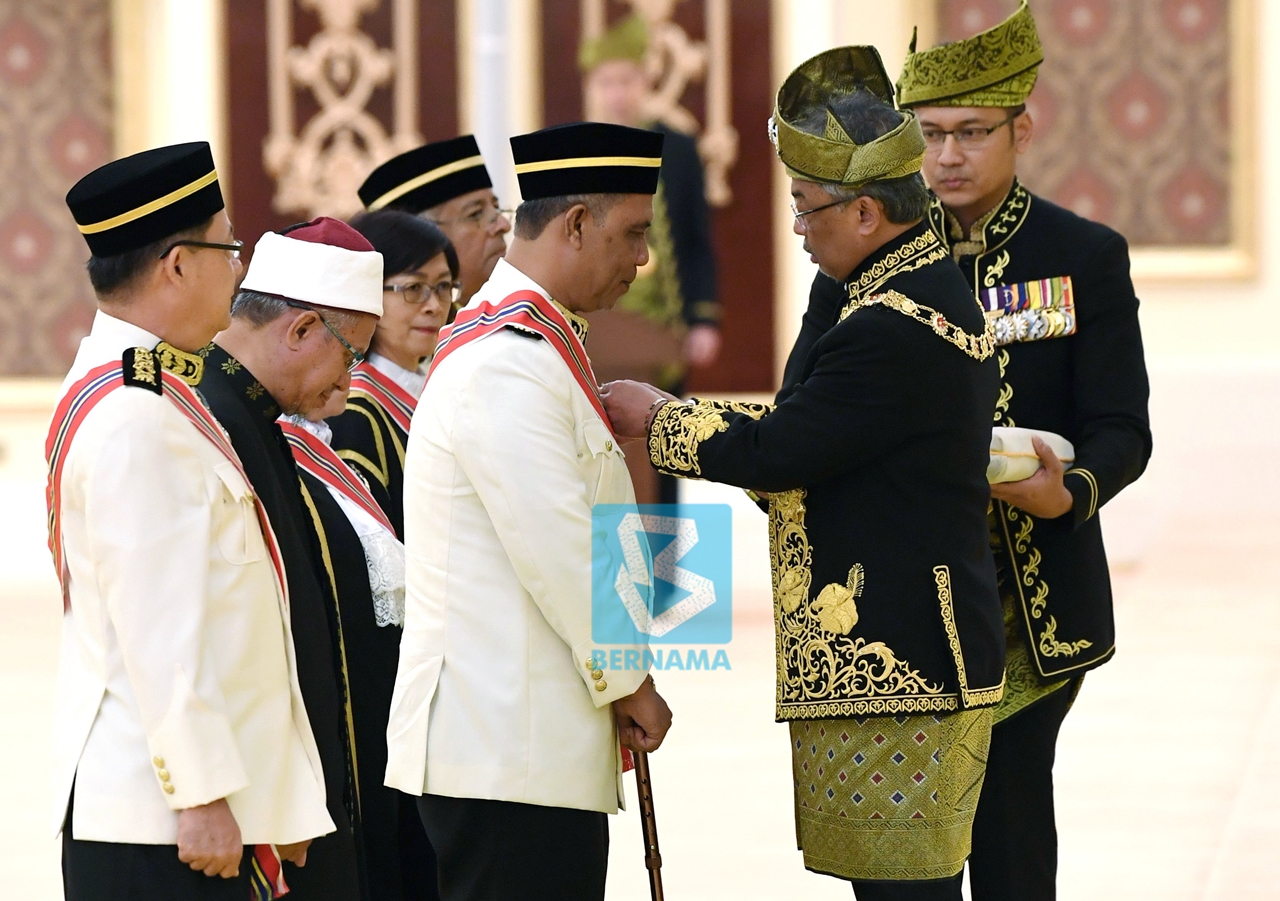 Abd Latif, when met by reporters after the investiture ceremony of federal awards and honours at the Istana Negara today, said he never expected His Majesty to do so after seeing him moving about with help of a walking stick following injuries sustained 10 years ago while on duty.

“I feel touched and overwhelmed. Perhaps the Yang di-Pertuan Agong found that it would be difficult for me to climb (the steps) as I am using the walking stick.

“I was so surprised. His Majesty gave me the signal (not to climb the steps) and he said “It’s okay, I will walk down”,” said Abd Latif, who described His Majesty’s action as a tribute from a noble-hearted king to the people who were trying to contribute to the nation.

Abd Latif said His Majesty Al-Sultan Abdullah also queried; “How long have you been injured? Can you walk?”

Responding to His Majesty’s query, Abd Latif said he could walk but unable to stand for too long due to injuries sustained in a fall while he was on duty years ago.

Abd Latif, who will be retiring next year, was conferred the Darjah Panglima Jasa Negara (PJN) which carried the title of ‘Datuk’.

This year, the Yang di-Pertuan Agong has consented to confer federal awards and honours to 795 individuals in conjunction with His Majesty official birthday celebration.

“This award is the best gift I have received at the federal level. This shows that we need to continue to serve our country,” he said. – Bernama