Wednesday, August 5
You are at:Home»News»S’wak govt pledges another RM1.5 mln towards construction of House of the Epiphany 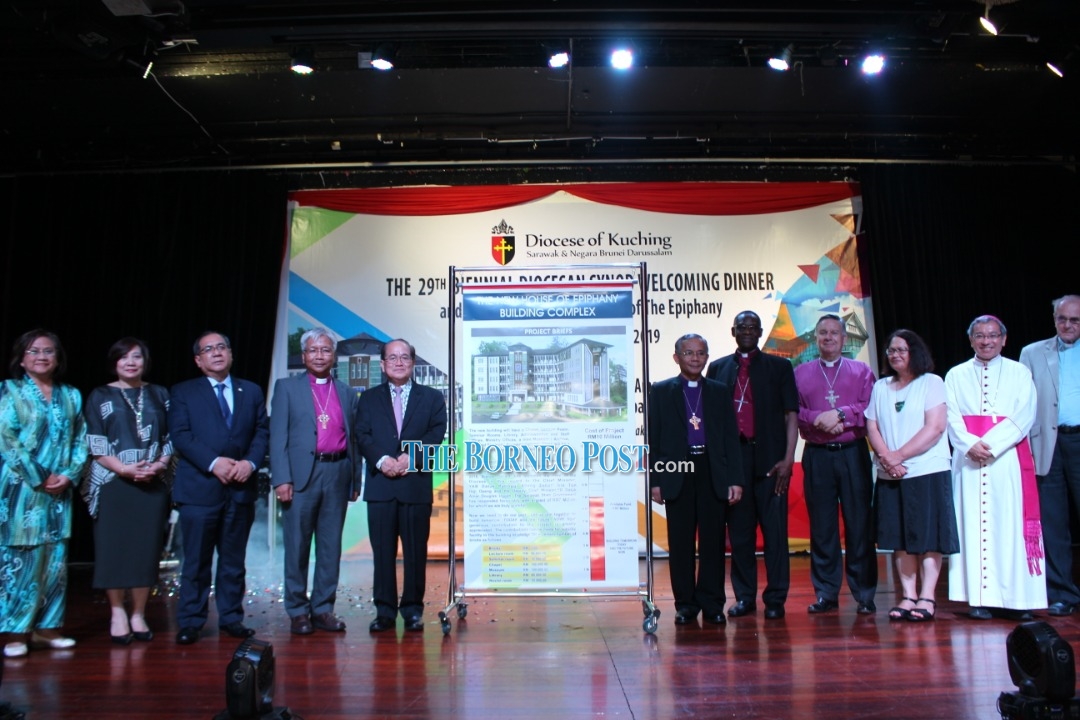 KUCHING: The Sarawak government has pledged another RM1.5 million towards the construction of the House of the Epiphany, on top of an allocation of RM7 million announced early this year.

“The House of the Epiphany is also going be our theological college and our training centre. It will be a place equipped to meet the needs of men, women and young people,” said Bishop of the Anglican Church in Sarawak and Brunei, the Right Reverend Danald Jute.

On top of that, Deputy Chief Minister Datuk Amar Douglas Uggah Embas also announced an allocation of RM400,000 for the church to organise a youth fellowship gathering next year that is expected to attract 2,020 youngsters for discussions and dialogues on the challenges of taking up the role of life in the church.

Uggah announced in his speech when officiating the Anglican Diocese of Kuching 29th Biennial Diocesan Synod welcoming dinner and fund raising for the House of the Epiphany at a leading hotel here on Sunday night.

Meanwhile, Uggah asked the delegates attending the synod to assess the performance of Unit for Other Religions (Unifor) organisation since its establishment and provide feedback for them to better serve the community of various religious faiths, aside from Islam.

“I hope I could borrow part of your time (during the synod) to give us feedback and we hope to use those feedback to enable us to improve our services to members of other religions other than Islam in Sarawak,” said Uggah.

A ‘Unifor Board of Trustee’ is also in the midst of being set up to provide financing to activities organised by various religious groups in the state as the primary purpose of Unifor now is only to assist in the setting up of worship buildings.

According to Uggah, Unifor received an allocation of RM30 million for its social purposes this year while the Chief Minister Datuk Patinggi Abang Johari Tun Openg already approved an additional RM27.5 million under his people’s programmes.

In noting that the design of the Unifor’s building – located on a three-acres piece of land at Jalan Ong Tiang Swee here – is at the planning stage, Uggah assured the people that the building will become a symbol of unity among the various religious faiths followers in the state once completed.

“This is Sarawak. We always able to find a compromise solution to cement our racial and religion unity,” said Uggah.