Saturday, August 15
You are at:Home»News»79 schools in Kuching closed due to haze, says state Education Dept 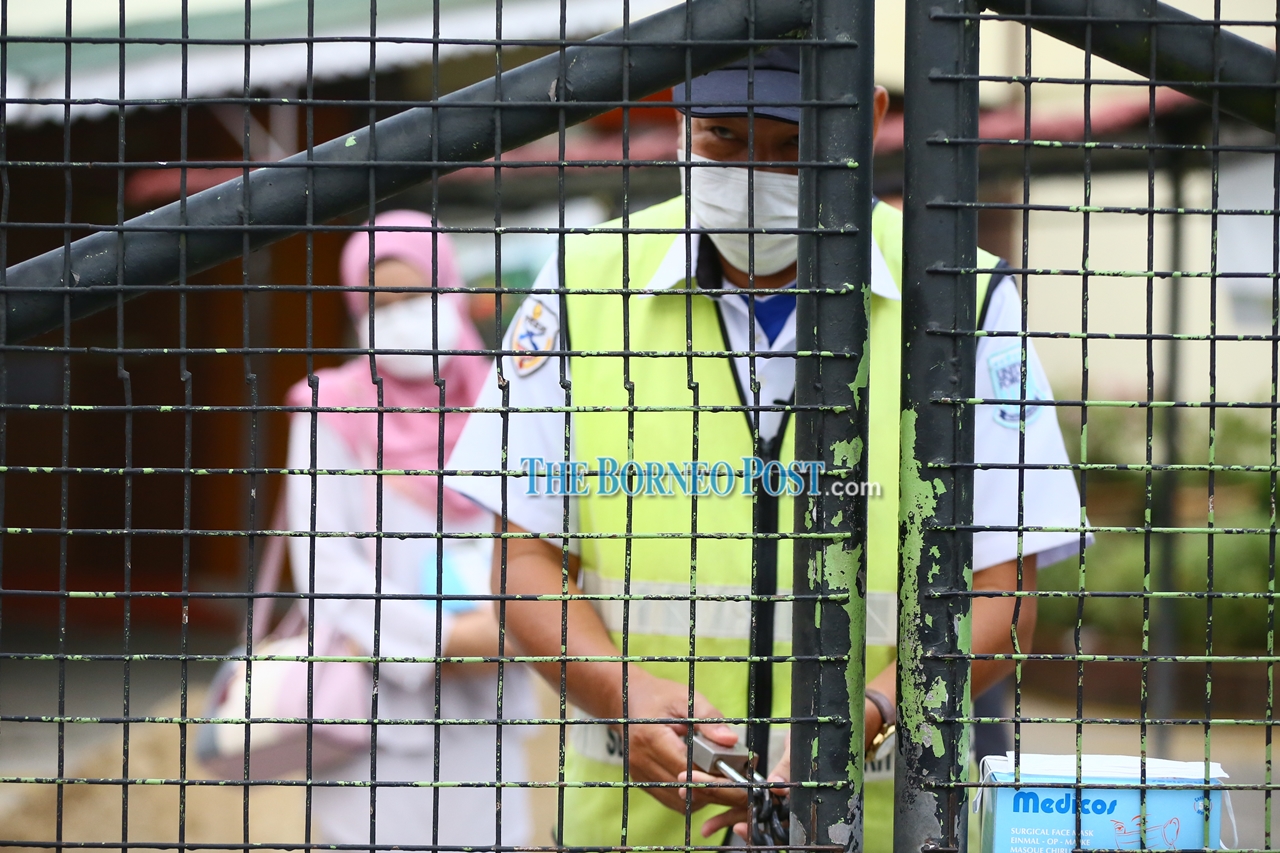 A security guard at SK Gita in Kuching closes the school gate after school all the UPSR students have entered the school.

KUCHING: A total of 79 schools here were closed due to the haze today.

According to the State Education Department, the schools closed consisted of 26 secondary schools and 53 primary schools.

The state Education Department revealed this in its latest update on the haze situation on schools.

Two secondary schools were closed in Samarahan, it added.

In Sri Aman, where the Air Pollutant Index (API) reading was the highest at 195 as of 10am, the state Education Department said five secondary schools and 36 primary schools were closed.

A total of 44 schools in Betong were closed, it added.

API readings for Kuching and Samarahan were showing signs of decreasing at 149 and 122 respectively, although are still in the “unhealthy” level.

Despite the poor air quality, all Ujian Pencapaian Sekolah Rendah (UPSR) candidates in Sarawak were required to sit for their examination today,