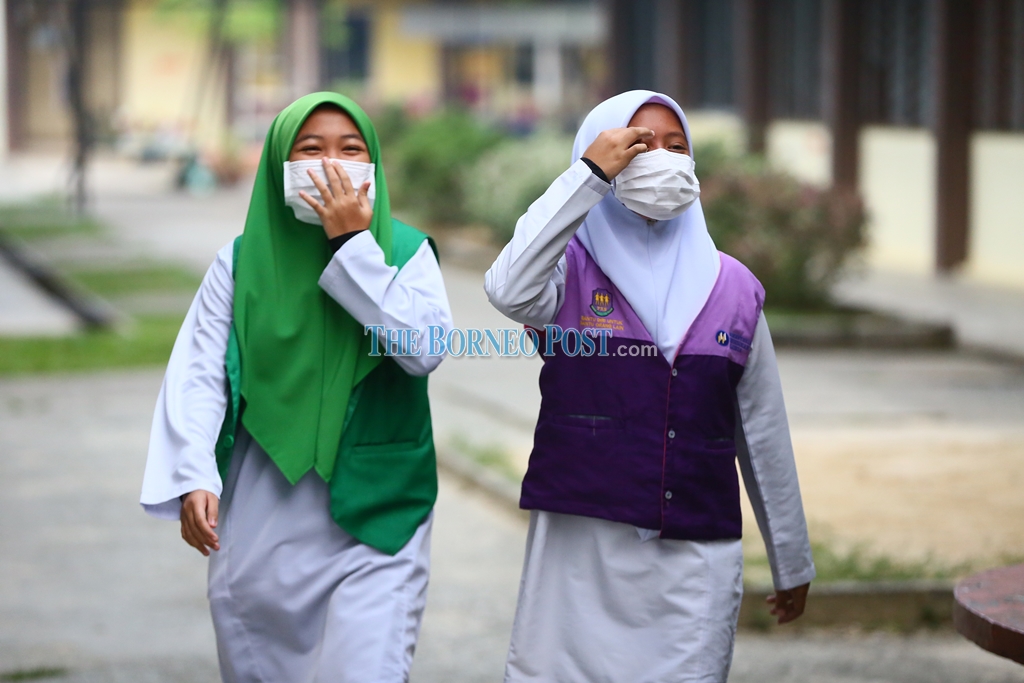 The haze has affected schools throughout the state, with API levels spiking to nearly 250 – very unhealthy levels- over the weekend.

Indonesian farmers often use fire to clear land for palm oil and pulp plantations. Fires can smoulder for weeks, especially in dry weather, producing a choking haze that drifts over neighbours like Singapore and Malaysia.

In recent weeks, Indonesia has sent in thousands of security personnel to douse fires after declaring an emergency in six provinces on the islands of Sumatra and Borneo.

“NADMA has acquired 500,000 face masks and sent them to the agency’s branch in Sarawak,” Malaysia’s national disaster management agency said in a statement, referring to itself by it acronym.

The agency and the education ministry were also working to get masks to schools in the affected area, it said.

The air pollution index (API) in Sarawak, on the Malaysian side of Borneo, reached unhealthy levels on Tuesday with one district recording a reading of 201, a “very unhealthy” level.

Unhealthy readings were recorded in five other Malaysian states.

Southeast Asia has suffered for years from annual bouts of smoke caused by slash-and-burn practices in Indonesia, raising worries about health and the impact on tourism.

Indonesia’s neighbours have repeatedly complained and promised to help end the problem but it persists.

Last week, Malaysia said it would send a diplomatic note to Indonesia urging immediate action to fight the haze.

Malaysia has also offered Indonesia help to put out the fires, but had yet to receive any request for assistance, the disaster agency said. – Reuters