Tuesday, April 13
You are at:Home»News»STAR, PBDSB to send protest note to Indonesian consulate if haze persists 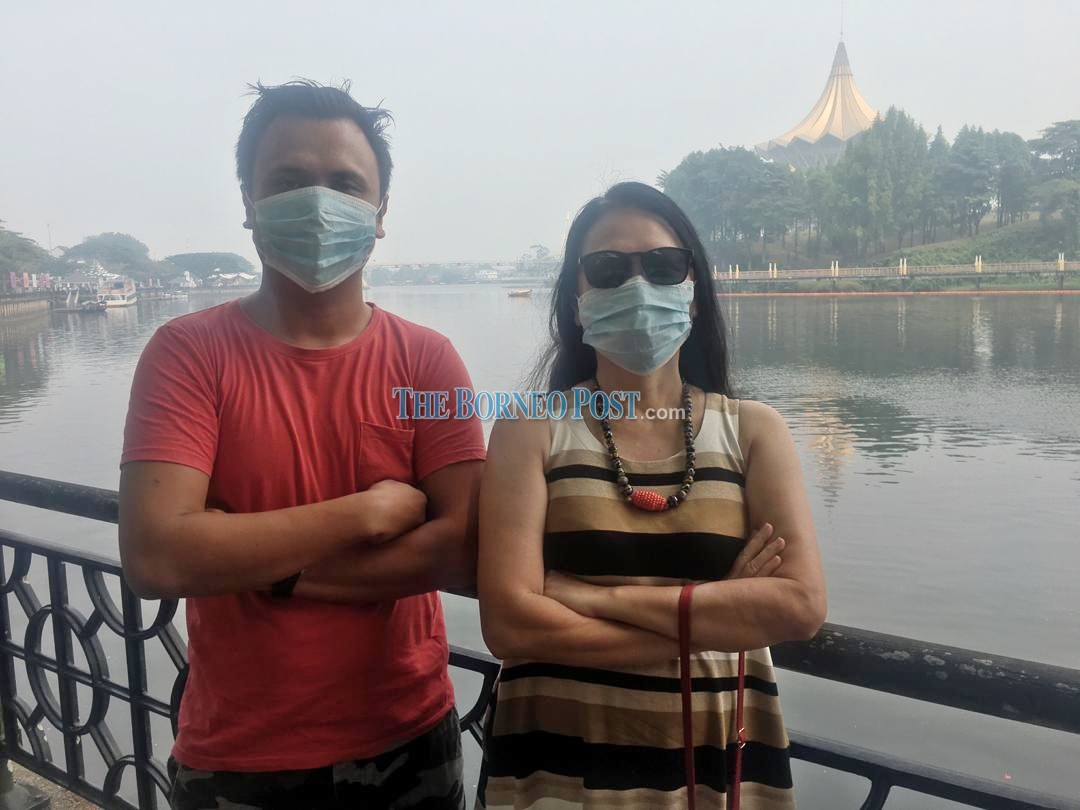 William (left) and Soo pose for a photo at the Kuching Waterfront with the haze blanketing the view of the State Legislative Assembly Building and Mount Santubong in the background.

KUCHING: The State Reform Party Sarawak (STAR) and Parti Bansa Dayak Sarawak Baru (PBDSB) will send a protest note to the Indonesian consulate in Kuching if the haze situation persists.

In a joint statement released today, STAR president Lina Soo and PBDSB publicity chief William Mangor also slammed the federal government for what they described as a “lackadaisical” handling of the haze situation plaguing the city.

“Where is our federal Minister of Energy, Science, Technology, Environment and Climate Change? She (Yeo Bee Yin) has been very quiet and has not even come to Sarawak to check out the situation and find out how Sarawakians are suffering,” they said.

Soo and William acknowledged that the ministry had sent a diplomatic note to the Indonesia government over the transboundary haze but there has not been any update on the matter.

“And where are our Sarawakian federal ministers as well? Are they hiding in the federal capital?” they asked.

Moreover, Soo also asked Deputy Chief Minister Datuk Amar Douglas Uggah Embas to step down as the chairman of the State Disaster Management Committee for failing to contain various crises that broke out in the state.

“He (Uggah) had failed repeatedly to handle crises in Sarawak in engaging with the federal authorities to resolve problems, one being the rabies outbreak which is still a threat, and now the haze situation,” said Soo.

She added the announcement made by Uggah on Monday in relation to the cloud seeding operation that could only begin earliest on Thursday was “hardly comforting” for the people in the state.

Uggah was reported saying that cloud seeding could only be carried out on Thursday after the Meteorological Department evaluated the wind direction and forecast.

“So they are standing by to do it (cloud seeding) on Sept 12, but again it depends on the availability of the clouds on the affected site,” said Uggah when asked to comment on the matter after attending the state-level official birthday celebration of the 16th Yang di-Pertuan Agong Al-Sultan Abdullah Ri’ayatuddin Al-Mustafa Billah Shah recently.