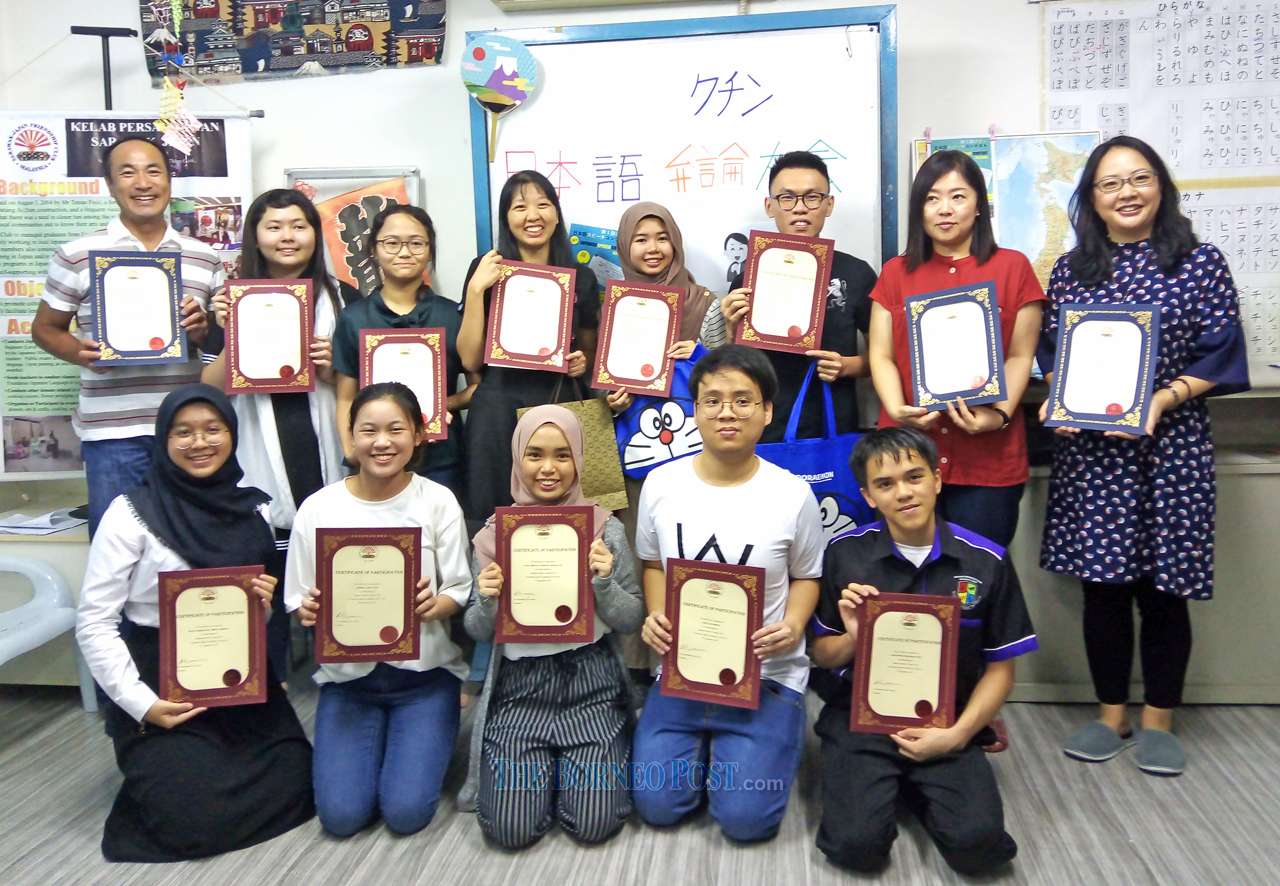 The 24-year-old Swinburne University graduate wowed the judges with his presentation on ‘Childhood Experience of Riding a Bicycle’.

Henry has been formally studying Japanese at SJFC for three years, although his interest in the language went further back to when he started watching anime series.

Receiving the second prize was a Kolej Datu Patinggi Abang Haji Abdillah student, Fahima Husana Tipol. The 16-year-old, whose lively speech was entitled ‘Durian Season’, began learning Japanese when she was in Form 1, where the language was available as an elective subject at her school.

She said she enjoyed learning Japanese as it had enabled her to communicate and understand better.

Meanwhile, the third prize went to Gracelyn Voon Haan Yee for her presentation on ‘My Experience in Blood Donating’.

For the competition, each speaker was given 10 minutes for the presentation.

The judging criteria included originality of the speech, logic, content, pronunciation, fluency, talking styles and appeal. The invited judges were Maiko Kondo from the Japan Foundation in Kuala Lumpur, and Hiroaki Kimata and Tomoko Matsuda of the Kuching Japan Club.

Kondo was pleased to note that the participants had displayed their skills well and they had thoroughly enjoyed their presentations.

She pointed out that learning Japanese language was not easy, but encouraged the participants to continue improving their proficiency.

Meanwhile, contest organising chairperson Dr Kazuhiro Wakabayashi expressed his appreciation to all the participants for joining the programme.

“As this is the first time the contest is held, it should be understandable if things had not been so good. Plus or minus, it could have been better. However, the participants have risen to the challenge and that’s the most important thing,” he said.

The visiting Japanese language teacher at the SJFC hoped that the contest would be made into an annual event, with participants constantly improving each year.