Friday, July 10
You are at:Home»News»Sarawak»Agriculture Dept goes all out to assist durian farmers 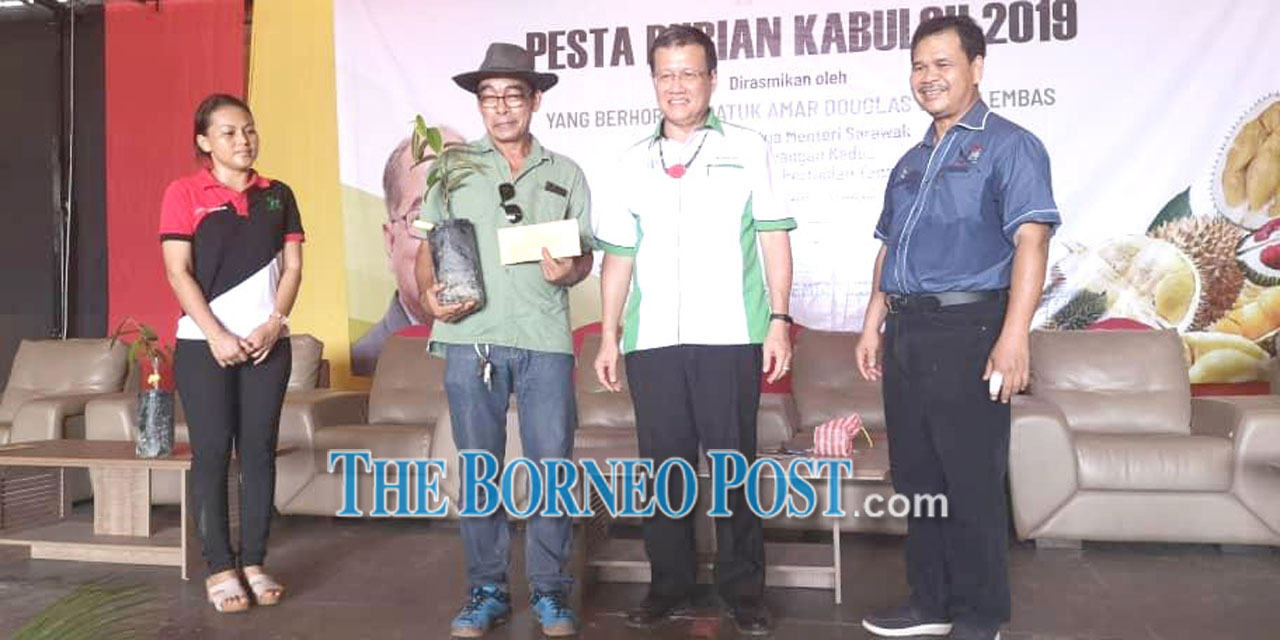 Alexzender (second left) with his prizes after being announced as the winner of a local competition during the inaugural Kabuloh Durian Festival. On his left is Chai, while at right is Deputy State Secretary Datu Ik Pahon Joyik.

He said among the programmes to be introduced statewide would be a durian rehabilitation programme and durian replanting scheme, which are in addition to the setting-up of a collection, processing and packaging centre (CPPC).

“This is in line with the mission of the Agriculture Department Sarawak to increase the income of the agriculture community to RM4,000 a month and for the state to become a net exporter of agro-food by 2030,” he said.

Chai was speaking during the launch of the Kabuloh Durian Festival here recently, held to introduce and highlight the diversity of durians in Sarawak.

Over 3,000 visitors attended the two-day festival.

One participant, Alexzender Uyo from Uma Bawang, described it as ‘one of the best platforms for durian farmers to promote their produce’.

The 56-year-old farmer had taken part in and won a competition held for local durians, with his entry named ‘Tengen’.

“We’re very grateful and happy with our achievement in bringing forward our durians from Central Baram, which I think are more delicious,” he said.

As the winner, Alexzender took home RM500, a certificate of participation and a variety of durian seedlings.

“Hopefully the state government would set up a factory in Long Lama by next year, because we understand that there are lots of durians that are being dumped due to poor transportation and lack of buyers,” he added.