Saturday, February 29
You are at:Home»News»Nation»Customs arrest man, seized cigarettes and beer worth more than RM3.6 million 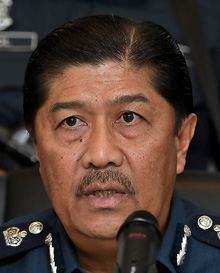 He said the operations found discrepancies in the items inside when compared with the contents declared. “Checks found that the container contained 22,500 carton of white cigarettes and 1,224 carton of Heineken beer believed to be contraband,” he said in a media conference here yesterday.

Initial investigations found that the cigarettes and beer had been brought in from a neighbouring country for the local market.

“The cigarettes were normally sold at RM5 to RM6 ringgit per pack, much cheaper that the normal price,” he said.

The suspect is now remanded for seven days for further investigation.

“We are still investigating if the driver arrested had any direct connection with the smugglers,” he said.

The case is being investigated under Section 135 (1 )(a) Customs Code 1967 for importing without a legal permit. — Bernama